While we were in South Carolina, we ventured from place to place exploring somewhere we had never been before. Now that we’ve been once, we know what to expect, and I have a good idea of some things I would like to do next time.

One thing that was a MUST while we were there was to take a carriage tour of the city. We learned once we were on it though that Charleston monitors where the carriage tours go to prevent a major amount of traffic congestion. I mean, can you imagine a bunch of carriages in one area holding everything up?

Anyhow…we decided to go with the Palmetto Carriage Tours, and we toured Section 2 of the city. Basically, we got to see where the {and I quote} “rich and the filthy rich” live. Apparently, to show your status you want to live South of Broad {Street}. If you’re still rich, but not rich enough to live South of Broad, you live “slightly north of Broad.” How funny is that! 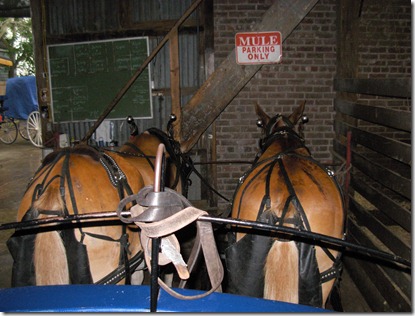 I thought the sign was somewhat funny. Palmetto Carriage Tours are the only carriage tours that use mules instead of horses. Mules have a better temperament than horses in busy areas such as Charleston. They also name their mules in pairs. For example, Law and Order. Lucy and Sully. You get the picture. Ours was Lucy and Sully.

We saw some gorgeous homes and gardens while we were touring. Poor Colby got the bad end of the deal. It rained the entire time we were in the city basically, so he sat on the edge of the carriage like the wonderful husband he is to prevent me from getting soaking wet. 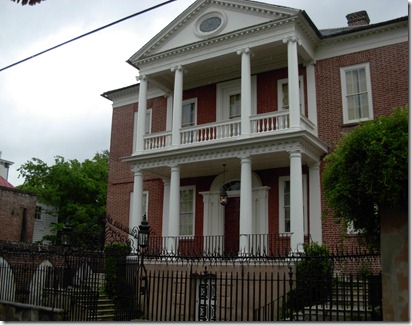 Click on the picture above and you can get a better look at their version of a barb-wired fence. 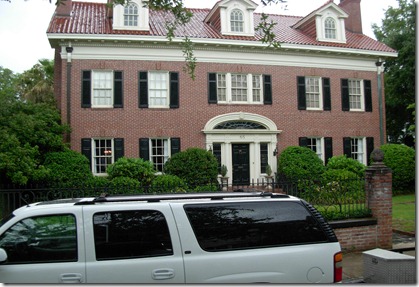 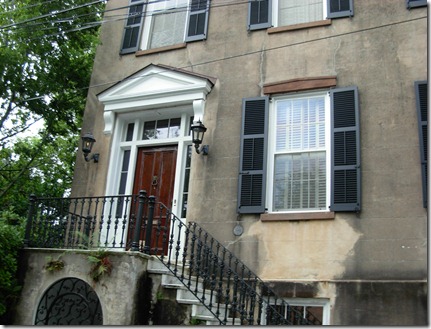 Notice how the house above looks as if it is constructed of cement blocks. Guess what though! It’s not. It’s brick that has been stuccoed {don’t know how to spell it} over and had lines drawn in it to resemble cement blocks. It’s all over Charleston. Here’s the proof though. 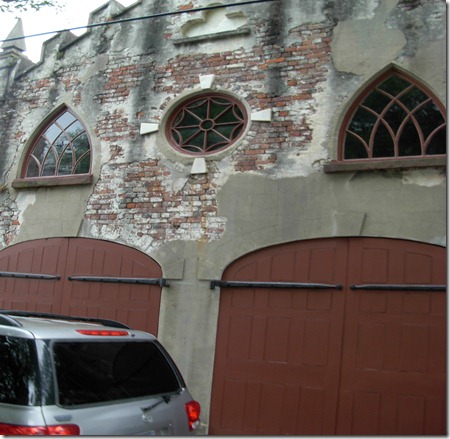 As we were on our way back, our guide shared with us about this particular building below. It’s a museum that is only ran by volunteers. It’s not open on a regular basis with set hours though. Instead, to know if it is open, the volunteer will place a flag out front. 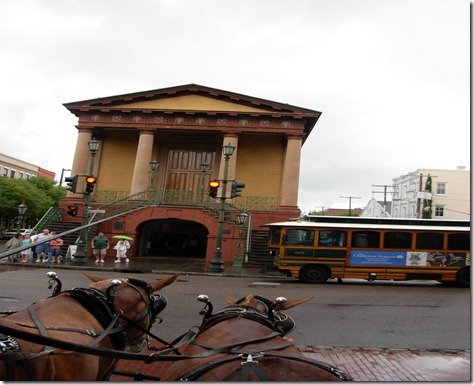 Sorry for the poor pictures. The tour guide was moving pretty fast since it was raining, and I was trying to work around him to get photos.

We also ventured around the city to see the U.S. Customs building. 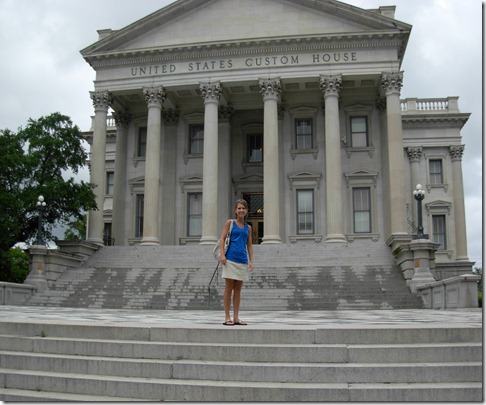 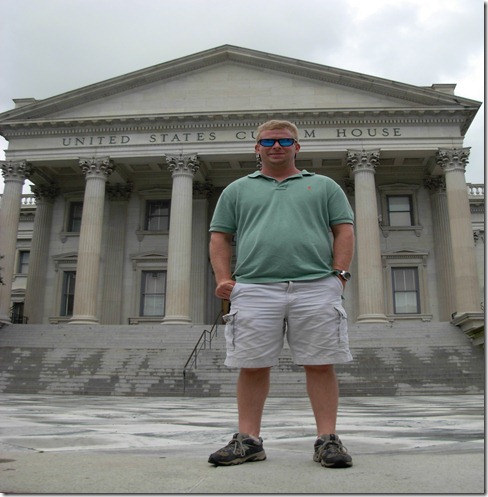 On our way to the Waterfront Park, I also stumbled across this place. This is where we were originally going to stay until I found the house we stayed in. 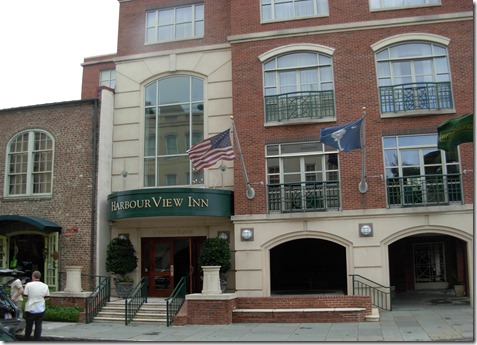 We did finally make it to the Waterfront Park, but my pictures aren’t too hot because of the rain. 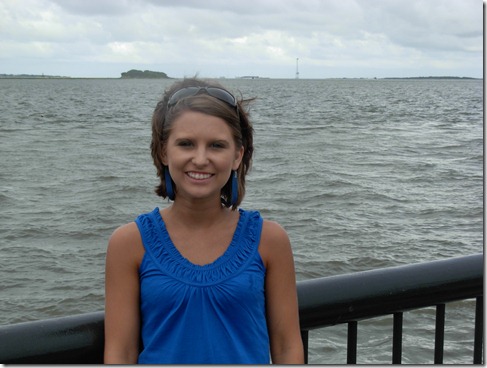 Do you see Fort Sumter in the background?

Well…I have some more to share, but I would be surprised if you’re still reading this. More to share later!

Posted by Brenna Langham at 2:00 PM