On the first night we were there, we were so tired from traveling that we thought it would be a great idea to go to a real cutesy type grocery store in Freshfields Village.

Let me tell you people…this is grocery store heaven. Everything you could possibly want was in there, and of course, it was FRESH!  Imagine that! You can get a whole meal already prepared from their deli, which is exactly what we did.

Here’s your warning though. It is very pricey. Be ready and willing to pay major bucks for groceries in that store. 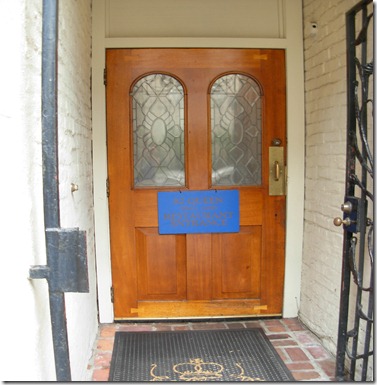 We ventured into Charleston the next day, and I decided that morning that we would eat at 82 Queen, precisely named for its address. Can’t forget that I guess.

This is what we came to though. I have to say that I wasn’t too impressed by the entrance, but once we stepped inside it was a different world. You’re led into a garden type area to eat. It’s beautiful, and the rain held off long enough for me to enjoy some crab cakes and key lime pie. 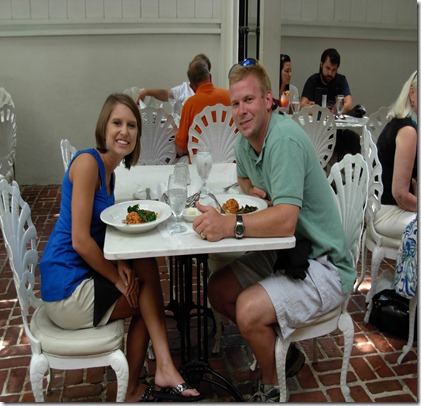 After exploring the city some, we ventured into a recommended restaurant from our tour guide. Let me warn you now. I’m a huge fan of the movie “The Notebook.” Apparently, the dining scenes were filmed in the restaurant, High Cotton. 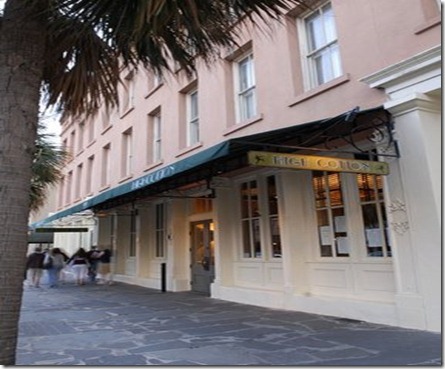 It was an absolute beautiful setting inside, and once they found out we were honeymooners, they were especially friendly to us. We got treated to two glasses of champagne, and we were brought out a sample from the chef to try which was amazing.

You just can’t beat the food we ate either. It was impeccable. Both Colby and myself had the mixed grill special that night which consisted of roast and a pork tenderloin wrapped in bacon and stuffed with lobster. Amazing! 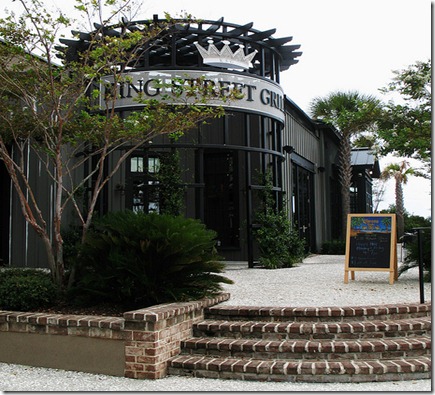 On another night we ate at the King Street Grille, which was in Freshfields Village. It had a good atmosphere, and it was much more relaxed.  It’s more bar-like I suppose. 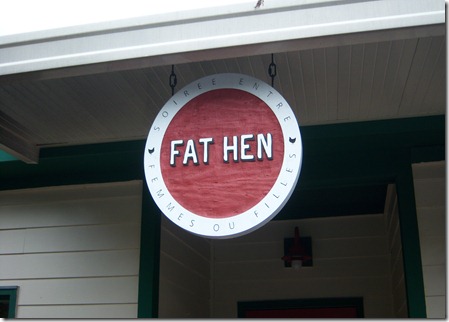 On the last night though, we stumbled upon a restaurant that had been recommended by our neighbors in Auburn. We took their advice and gave it a try, and I certainly do not regret it.

The tables were set with various sizes of mason jars for the drinks. You used kitchen towels for your napkins, yet everything was set up so nicely that you thought you were at a pretty fancy restaurant. The mood that was set there was fantastic.

I thought the drink specials were quite funny. You’ll probably have to click on the picture to see what all it says. 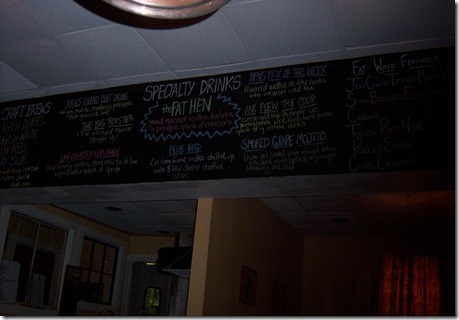 One Flew the Coop and Big Rooster

If I had to rate this restaurants starting with my favorite…

Try them out if you go! You won’t regret it.