In our town, we have a three story building in downtown Brewton where I live. It’s probably safe to say that it’s the tallest building downtown.

I particularly love it for its charm inside and out. At one time, it was known as Luttrell’s Hardware, which is evident inside by the very old scale to weigh big items. It’s actually in the floor. Very cool!

There’s also an old vault that says “Luttrell’s Hardware” over it. You can see evidence in later pictures that I will post. It will be the photos that include my wedding cake.

Now, the building is named “The Hourglass,” and this is where my reception took place. I absolutely loved setting up the reception there. The owners of the store are such wonderful people, and they were so helpful in making the reception a success. 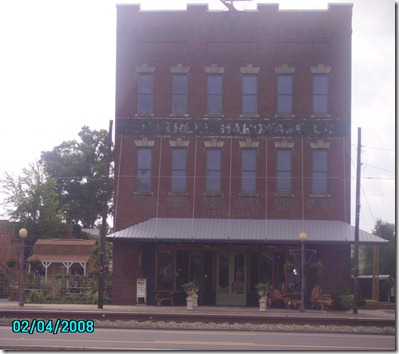 This is actually an old picture of the building, as you can see how it’s dated. If you look closely at the top though, there is a plow anchored on the very top of this building. I’ve always wanted to take my picture by it. Not everyone gets to.

While we were setting up for the reception, I was challenged in a text message I received from the owners to “put on my big girl panties” and take a picture by the plow. Little did I know of what was ahead of me, but I had to take the challenge.

The others that were helping set up and myself ventured to the third floor and began searching for the entrance to the roof. I kid you not when I say that it was literally a regular metal ladder propped up against an opening in the roof that was closed off by a door that let up.

I can’t say that I wasn’t a little bit frightened by this, but I couldn’t back down now. After all, I was challenged. My brother-in-law began up the ladder first. He had to open the door to the roof. Once he opened it, he realized that once you got to the top of the ladder that you had to delicately place your feet one at a time on a ledge between the ceiling and the roof then push yourself through the hole. Scary stuff!

I went ahead and did it though without any problem. At the bottom of the ladder though was my SIL and sister scared to death that the bride was going to plunge to the floor and be severely hurt. Luckily, that didn’t happen. I successfully made it to the top. These are the pictures I captured while I was there. 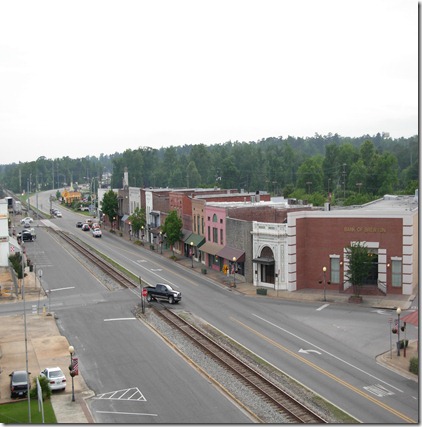 The T.R. Miller Saw Mill {below} 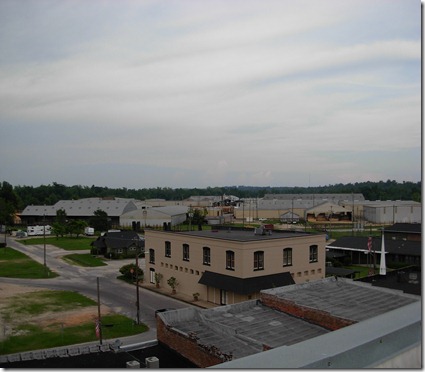 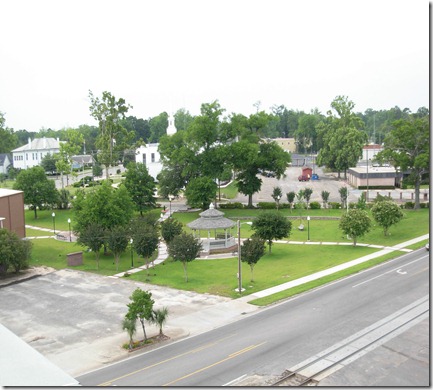 And now to show I completed the challenge… 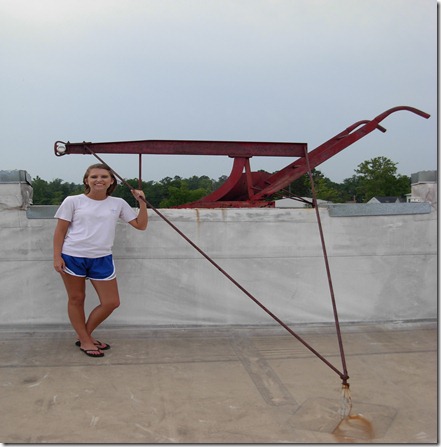 I must apologize for what I was wearing, but please forgive me. I was setting up for a wedding reception.

Coming down through the hole was a little more challenging, but I made it without plunging to my death. Thank God! Judd, my BIL, asked me if I wanted him to go before me, so he could be right behind me. I immediately said no. I knew if I was the only one left on that roof that I was NEVER coming down.

It was a fun experience, and it was certainly worth the risk.

Posted by Brenna Langham at 2:00 PM

Email ThisBlogThis!Share to TwitterShare to FacebookShare to Pinterest
Labels: wedding