And he shall be called… 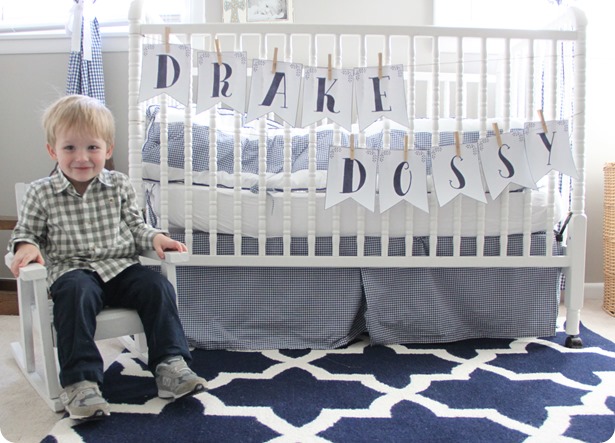 While I haven’t done a very good job at blogging lately, I felt this deserved its own special post.

This pregnancy has taken a toll on this body, especially trying to keep up with a very strong-willed, two year old. Naming this sweet little one that I’ve been carrying around has not been easy either. We have gone from one extreme to the other. We have made lists until we had finally narrowed it down to two.

After polling Landry time and time again, we both felt like that was for sure the one. I mean, after all, he did say it was a baby brother long before we knew for sure.

Just like Landry’s name, the first name is simply one we love…no special meaning or anything. The second name, however, is a family name- of sorts.

My great-grandfather’s name was Dorsey, but he went by Doss. It’s even on his headstone as Dorsey “Doss” Ball. In an effort to keep the flow with Drake, we put the two together for Dossy.

Landry thinks his name is Drake Bossy though. My, my, my!

We are very excited to finally name this little one. I even ordered a newborn gown with his name on it this morning to make it more official-and to keep me from changing my mind.

He’s due to be here March 28th, but my doctor is working with me to get me in the hospital a little before, so I can be home for Easter. This mama doesn’t want to miss the Easter bunny.

Plenty to blog about but no energy to do so. Hang in there! I’ll be back to share eventually!

Posted by Brenna Langham at 2:48 PM No comments: