I have to say that this weekend was really terrific for more than one reason.

#24- Buy an SUV with a substantial down payment 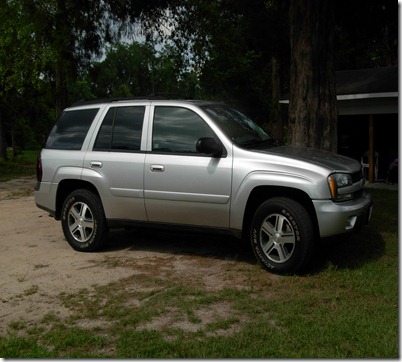 ‘B’ {as I’m called by my niece} got a new ride! I’ve waited Y-E-A-R-S to get a new vehicle. Let’s take a moment to see what I’ve suffered through for almost seven years…. 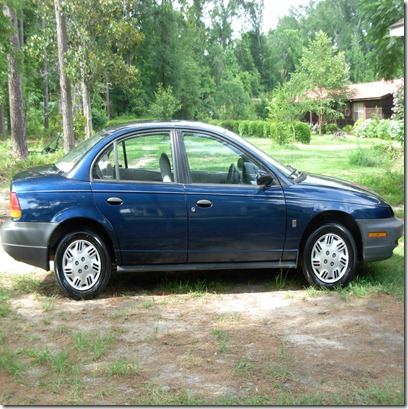 Huge improvement, huh? It’s the little things that I appreciate after driving the little blue car for that long.

An A/C that’s already cool when you crank the car up. No waiting 5 to 10 minutes for cold air.

It’s the little things like that that I appreciate the most.

Colby and I had the honor of attending a fellow firefighter’s wedding this weekend. We have known Brittany and Luther since we have started dating, and throughout the years we’ve had opportunities to do activities together.

Brittany and Luther are a wonderful, sweet couple. She was breathtaking at the wedding {as all brides should be}. I didn’t have the opportunity to take any pictures. I actually left my camera in the truck. Shame on me, right?!?!

Luckily, though, a friend of mine was gracious enough to snap a few pictures to remember the special evening. 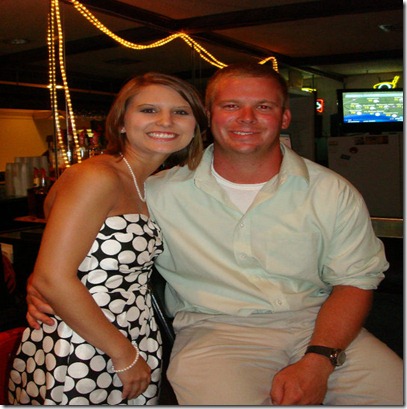 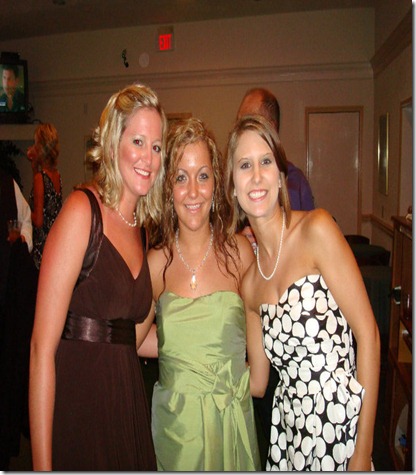 I must say that it’s one of the sweetest weddings I’ve been to. Brittany’s dad broke his leg a few months back, and he was unable to walk. From what I understand, it was a pretty awful break. This caused Brittany to have to push their wedding date back because she simply did not want to walk down the aisle without her dad.

Her dad was still not completely healed this weekend, but he was a sport. He used his crutches the entire night until it came to the moment to walk her down the aisle. He traded the crutches for a cane. You know that’s a daddy that would do anything for his little girl. It certainly made the wedding that much more special. 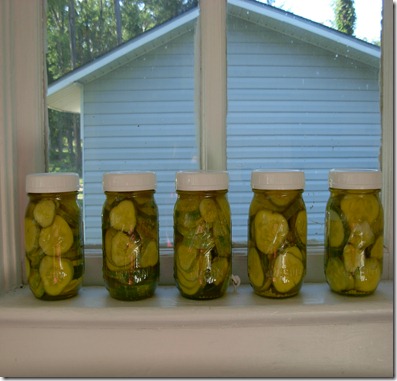 I canned five cans of pickles this weekend. Colby made a $5 bet with me that I would let the cucumbers ruin, but boy was he wrong! I cut all of those cucumbers up in no time and had them made within an hour. It would have taken me less time, but I was watching “My Fair Wedding with David Tutera.”

I can’t say that I made the juice from scratch though. I cheated. I went to Wal-Mart and bought Mrs. Wage’s 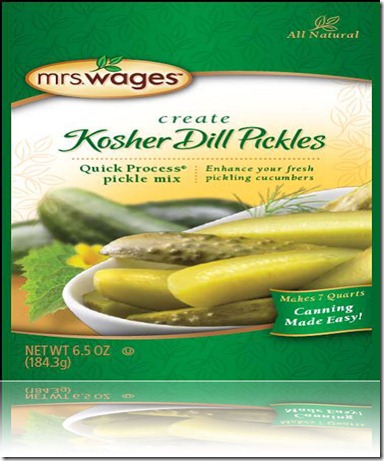 I have some big personally exciting news tomorrow, but I’m going to try to hold my excitement in and share it with you tomorrow!

Edit: For anyone who thinks I have super big news tomorrow like a baby or something, it’s not that kind of news. It’s just something I’m personally excited about. Poor choice of words on my part.

Posted by Brenna Langham at 1:34 PM