Since I posted earlier about the bridesmaids gifts, I figured I could at least post something short about the groomsmen gifts. After all, it is wedding week!

Tonight, we presented the boys with an idea I got from a fellow blogger, Marcie. At their wedding, her husband had picked out steak branders for the groomsmen. I thought this was a pretty cool idea. It was certainly different from the flasks, monogrammed whatevers, etc. that you usually receive.

I started researching it online and found this terrific website.

Colby and I decided that we would get each of the groomsmen one that coordinated with their favorite football team. Lord knows how big football is here in the South!

This is what we ended up ordering…. 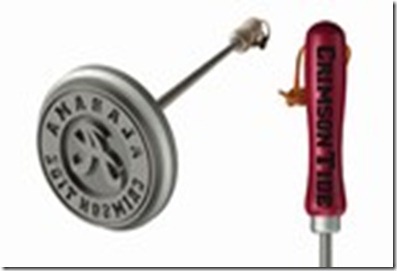 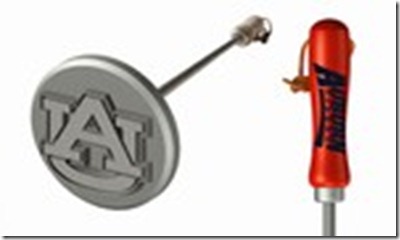 And since Colby’s dad is in our wedding and he’s a big Auburn fan, we decided to get him an ‘L’ since we had already gotten Judd, Colby’s brother, an Auburn one. Since they’ll probably mostly get used in Auburn, I figured there was no need in getting two of the same thing. So…this is what his looks like… 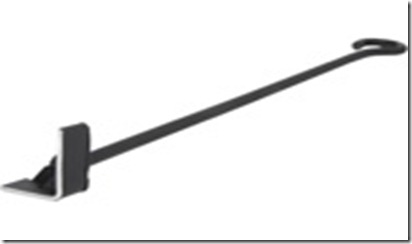 I have to say that I was a little disappointed in the fact that they didn’t have an option for the Florida Gators. Colby’s cousin, Cade, is a Gators fan and an Alabama fan, so we had to get him the Alabama one instead. It was a total bummer though! Sorry, Cade! I tried!

Posted by Brenna Langham at 9:00 PM

Email ThisBlogThis!Share to TwitterShare to FacebookShare to Pinterest
Labels: wedding