This is so exciting! I've knocked off the first item to my 101 List!

This past weekend I graduated from the University of West Florida with a B.A. in Elementary Education.

Many of you know that I was really dreading actually walking to get my degree. Any time I'm forced into a new situation or environment, my stomach gets in knots. Thus the reason I opted not to eat breakfast that morning.

What made things worse was that we had to be there NO LATER than 9:00 a.m. since it was supposed to start at 9:30. We used the GPS to make sure we got down there quickly and without any problem. Of course there was a wreck on I-10 though, and we had to be re-routed. My stomach tightened its knots even more.

We finally arrived. The weather had been dreadful the day before, so it was very humid outside. My hair, in turn, decided to do the opposite of what I had made it do that morning. 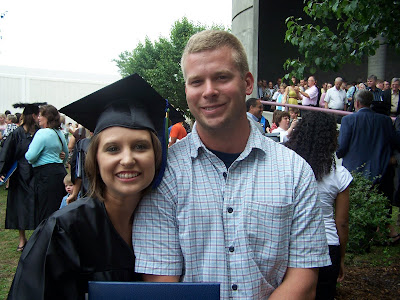 Colby was so proud of me. He's been dating me basically since I started college, so he knows the stress that I've been through. I thank God I have had him by my side to get me through those end-of-the-semester nightmares projects. 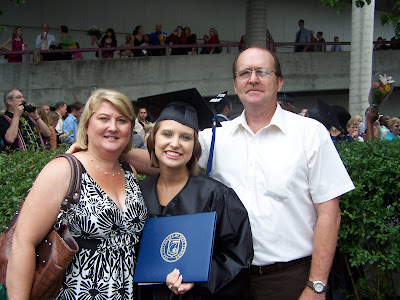 I'm not sure what my dad was expecting. He was surprised we had caps and gowns...haha! Either way, I was glad that my parents were there to support me. 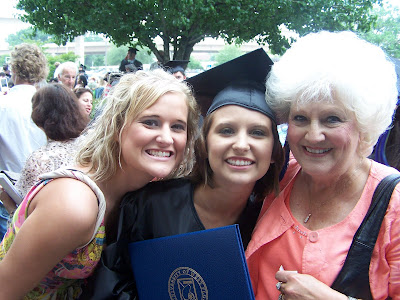 Even my sister got up out of bed to join in on the festivities! My poor grandmother didn't know how to work her GPS, so the detour really threw them off. They made it there though! 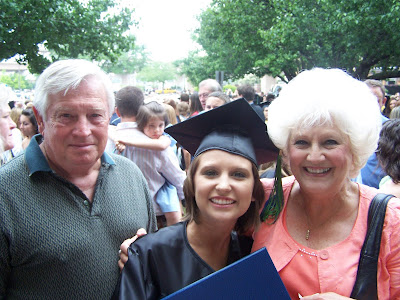 I'm glad I've made it this far. Now, the job search is on!
Posted by Brenna Langham at 1:15 PM