Colby and I have lived in our house for a year now {with him living in a year on his own}. Before our house became livable, some MAJOR work had to be done to it.

Before, the house was disgusting and gross. Most of the time, I hated to even touch what was in the house because who knew what was on it or had been on it.

The bathroom was absolutely unbelievable though! 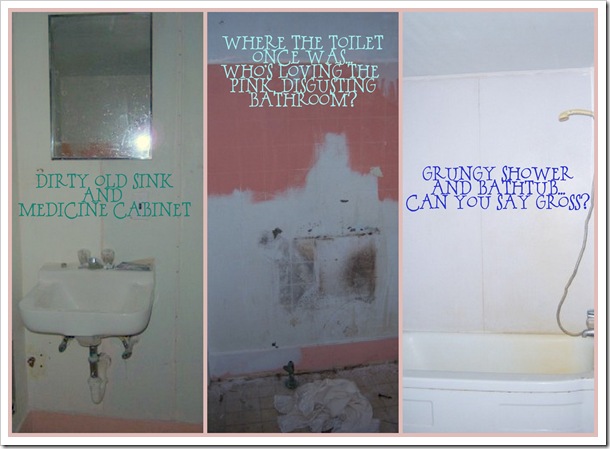 After lots of hard labor by my husband mostly, I can finally show you what the bathroom is today. It’s nothing special. It’s simply an improvement from what it was.

Keep in mind that this house is just going to be a rental one day, so we do have to set some limitations on how far we go with renovations. However, I think it is pretty nice looking. 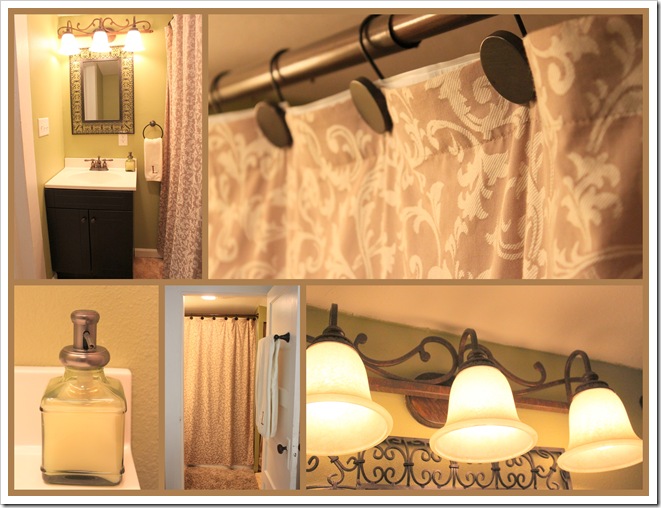 So, what do you think? Better than before?

Also, everyone please say a little prayer for my dad. He had an accident on a ladder and hurt his back pretty badly. As of now, it looks as though he’s going to need some surgery. He really needs your prayers in regards to his health and his spirit. He’s a real go-getter, and this may keep him from doing some of the things he loves for a little while. I don’t want his spirit to get down. All prayers are appreciated.

Email ThisBlogThis!Share to TwitterShare to FacebookShare to Pinterest
Labels: decorations