The Blueberry Festival is tomorrow, and I’m hoping to score some great finds. The vendors never disappoint. The plan of action is to be there at opening, catch a ride on the shuttle {the pregnant chick doesn’t want to lose stamina before I even get there}, walk through all of the booths and make notes of items of interest, and then go back and purchase whatever I think I have to have.

The Pottery Barn Kids catalog came in today. Once again, my eyes were drawn to this adorable diaper bag in there….not terribly priced either. I’ve been shopping around for one that fits my style. I’ve browsed a local store and the Thirty-One catalog. This bag has to be my favorite so far though. It’s the PB Harper Tote. Who knows though? I might come across one that I like even better. 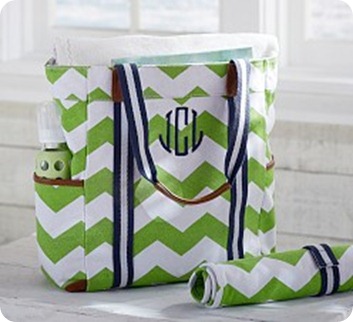 I went to the doctor yesterday….in and out. Everything was still good, and I’ve now gained a total of 14 pounds in 32 weeks. It’s hard to believe that I’ve only got 8 weeks to go. It’s becoming way more real now as the time gets closer. My burst of energy seems to be depleting. I just want to sleep, but I’m still feeling great.

This is one teeny tiny sneak peek at the little man’s nursery. I’ve GOT to get a dresser and put some things on the wall before I’m satisfied. 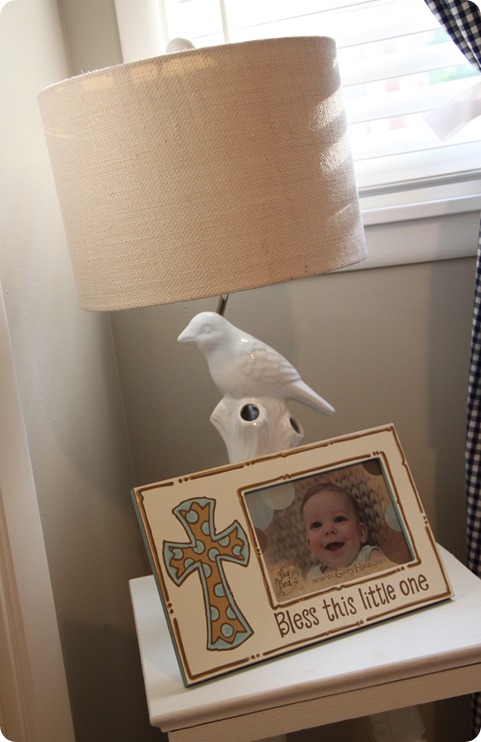 I’m doing a post coming up about what all I need to pack for the hospital. Start thinking of helpful advice all of you moms who’ve been there. I don’t want to be whipping something together at the last minute and forget something that I really will need.

Posted by Brenna Langham at 1:46 PM