Just Another Day on the Job

Every year the Poarch Creek Fire Department that Colby works for invites all of the families of its employees to enjoy a day of fun in the sun and good eating. This year did not disappoint as the food was just as terrific as always, and the kids were consistently entertained by the giant water slide. Since I didn’t want to scare anyone away from the gathering, I decided to bow out of the bathing suit required water slide and instead opted for the ride in the ladder truck.

I have always wanted to go up in it, and I have had many opportunities but decided against it multiple times for various reasons. I almost backed out of it this time except that my dear husband made it priority when we first arrived before everyone got there. Ya’ll it was so fun!!! And, he didn’t even take me all the way up! 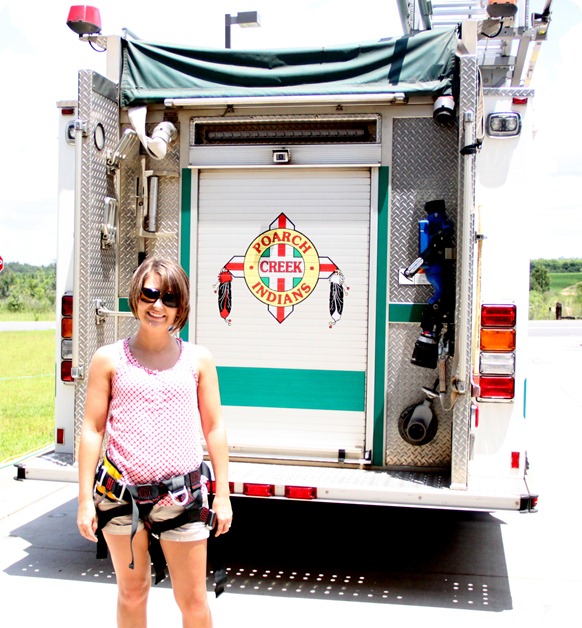 I wasn’t exactly thrilled about having to put on all of the gear, but I suppose it added to the experience. I was just a like a kid in my class on career day. I was fascinated by all of the gadgets and such. I apparently wasn’t the only one who was just as curious about going up in the ladder truck because one of the other fellow fireman’s girlfriend wanted to go as well. 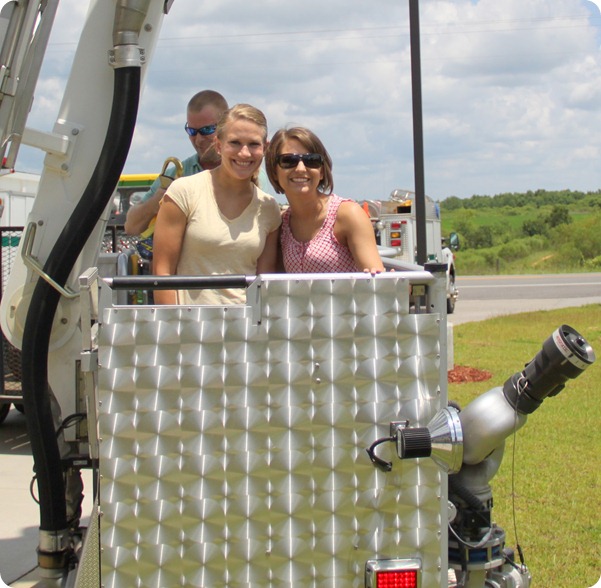 And then, it was time for the ride up. You could see both prisons from where we ended up. 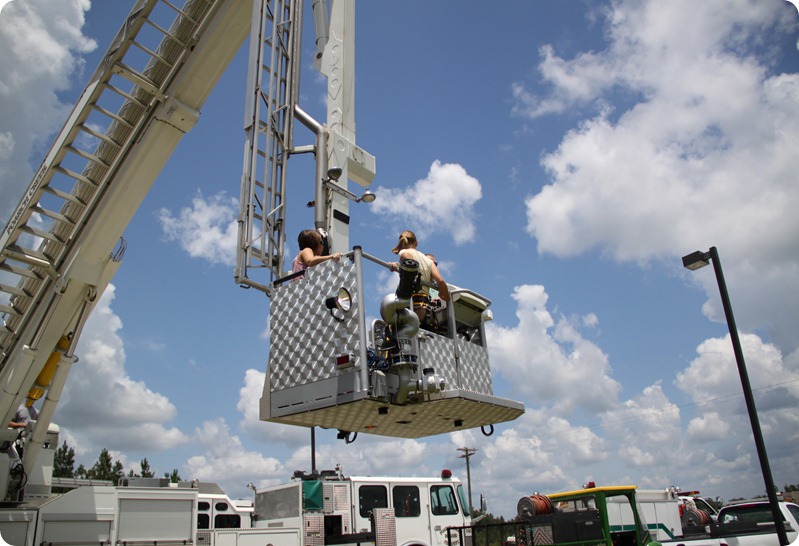 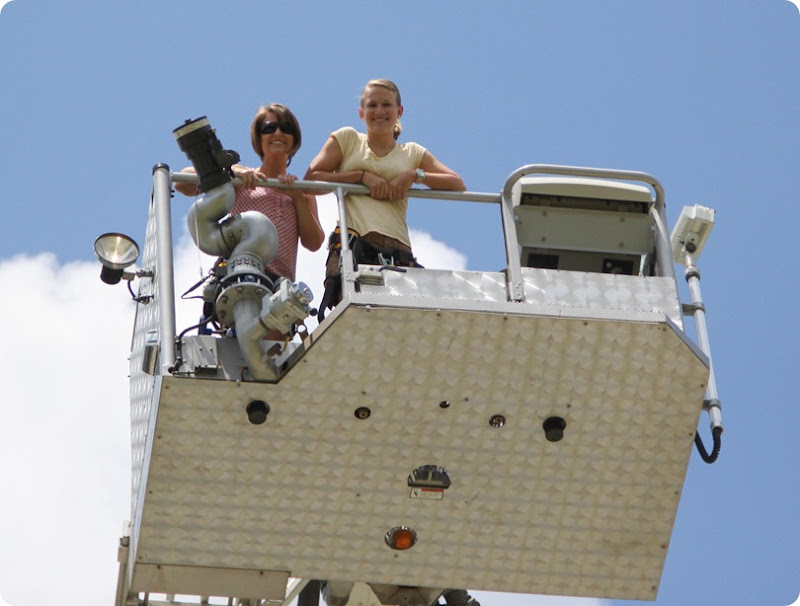 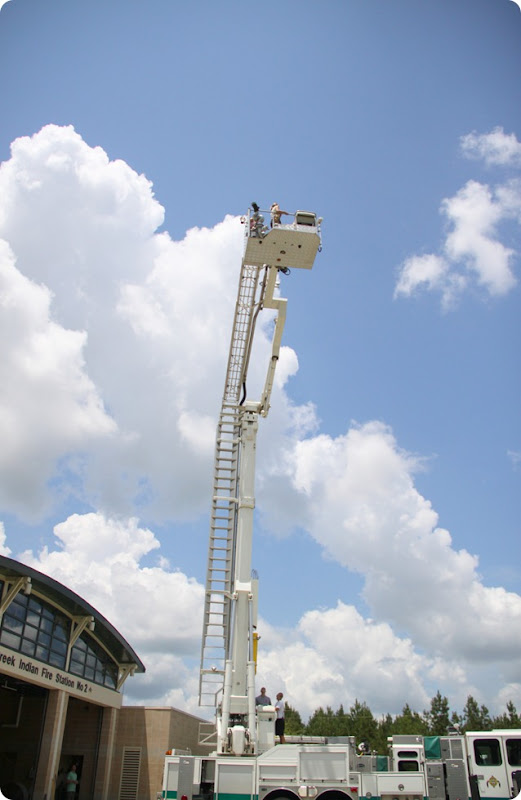 The kids had their own fun going up in the ladder truck as well. My friends, Kate and Spencer, brought along one of their friends’ kid since he adores fire trucks. I’m not sure how he felt about going up in one though. 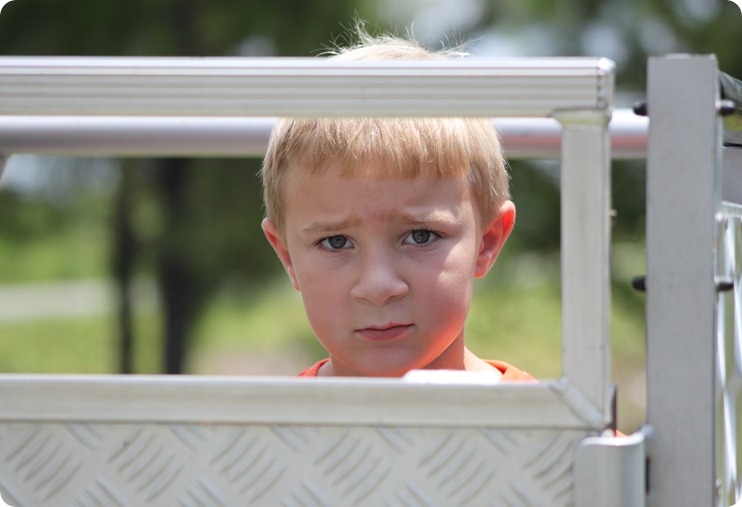 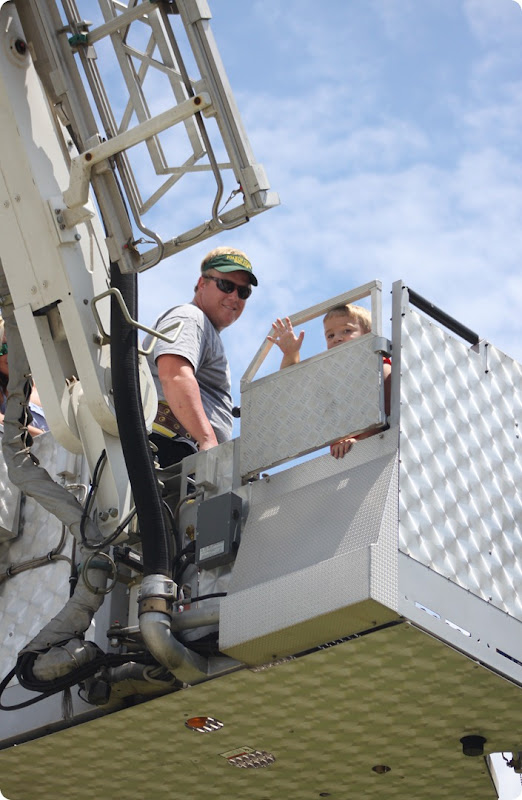 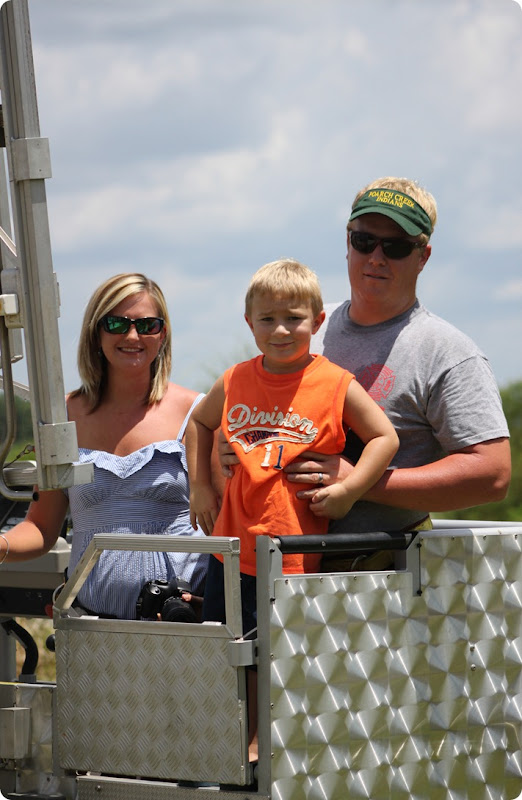 Colby and I are so grateful for the life that we can now have because of being employed by the Poarch Band of Creek Indians. They have been wonderful to us, and we hope to have many more years of employment here. They are the reason we were able to even move. The Lord has blessed us in so many ways, and this job is one of those many blessings.