When I left the blog on Friday, I spoke of the weekend plans that I had. Dinner and a movie. Just Colby and myself.

When we were leaving on Saturday to go to Pensacola, we had to stop by McDonald’s and get us some food before we went down there. When we were in the drive through, we saw the stunt bike riders.

Colby had already been to see them that morning because he was hoping to advertise his bike some since we’re selling it. It was a free show, so it was perfect. I had not seen them though, and while I hate the fact that Colby has one of those bikes and that it scares me to death for him to ride it, when other people ride them it intrigues me.

I have to say that it’s a little surprising for me. I’m not the kind of person you would think would like bikes, especially dangerous, fast ones at that! Since Colby saw my interest, he asked if I would like to watch them for a little while, and we could eat lunch while we did.

Needless to say, I did very little eating. I pulled out my new handy dandy camera and snapped as many photos as I could. These guys were awesome. If I knew how to work the video on it a little better, I would have taken one. Give me time. I’m working on it.

Here’s some tricks I captured… 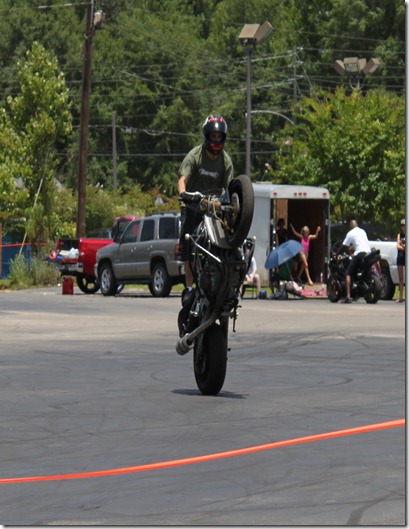 Now, I’m going to share with you a series of photos of this guy… 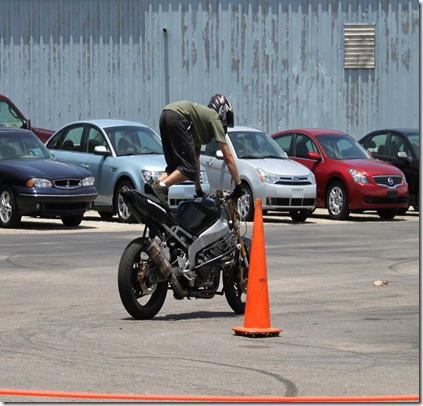 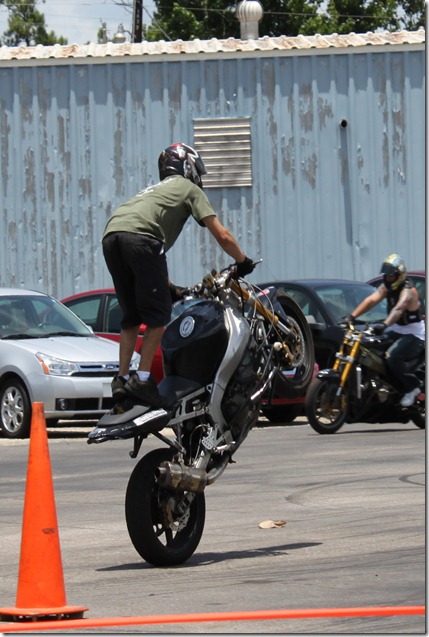 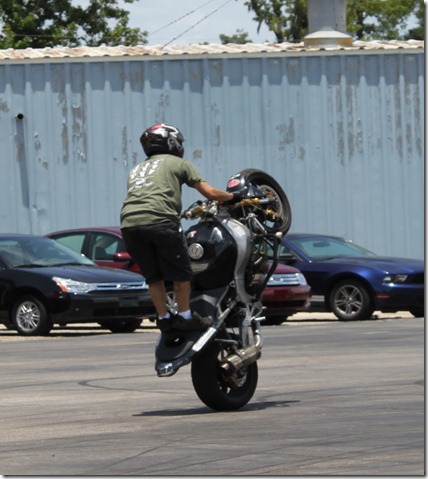 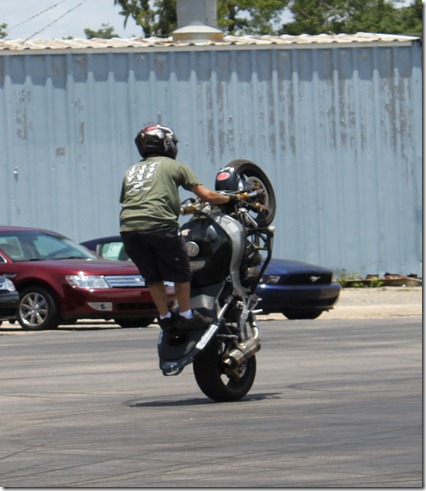 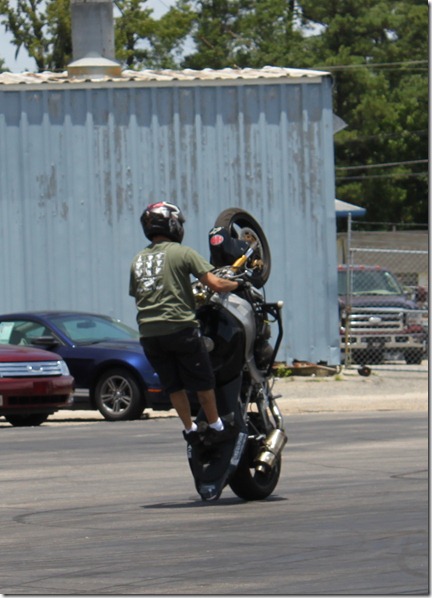 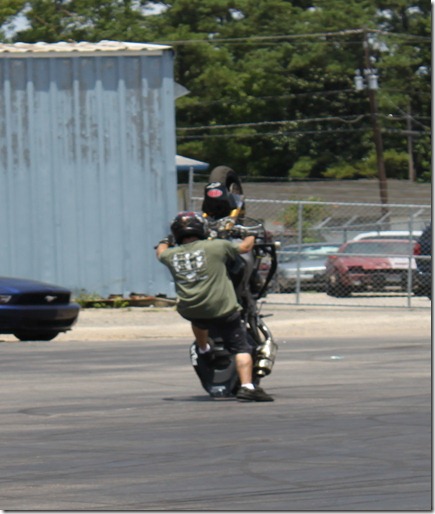 Crazy, huh? This is just a sample of the small stuff they were doing. I’ll leave the rest to your imagination.

We saw this pretty awesome bike, but it was a little disturbing I suppose. 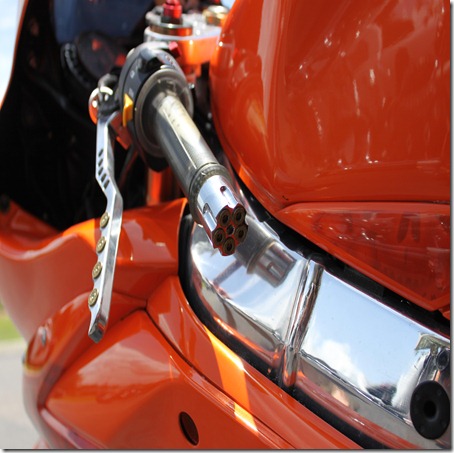 Notice what’s supposed to be the handles. Get what I’m saying now about the disturbing part? Great attention to detail though…ha!

After we left, we headed out to Pensacola to see a movie. Eclipse was great if you’re into the Twilight series. I just happen to be, and it’s surprisingly because of Colby. He’s the one who liked them so much first.

Before dinner, we made a stop by Bed, Bath, and Beyond. I finally got the knives I’ve been wanting. If you had used my knives, you know why I so desperately wanted a new set. The others were just a cheap set from Old Time Pottery. Bad idea. 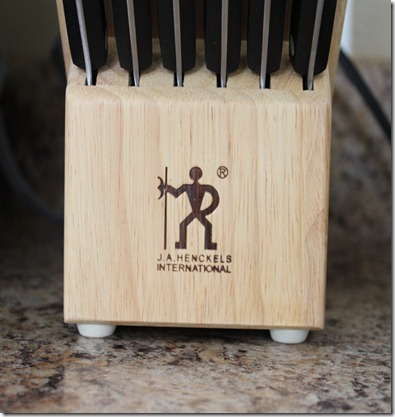 I don’t think this is a decision I will regret. Definitely worth the money. Thanks to all you gift card givers! It really helped out!

I’ll leave you with this photo today. This was the sight I saw from my front porch yesterday evening. 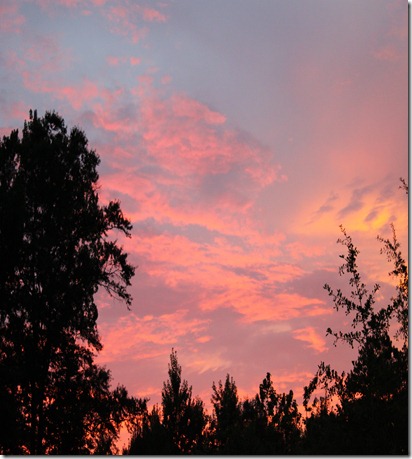 Posted by Brenna Langham at 9:40 AM