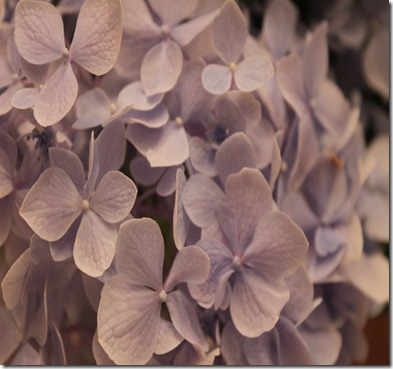 Let me warn you now. This blog post is going to be all over the place. Lot’s of stuff to say…

As you can read, this is the 100th blog post. Since I’ve began, I’ve gained some readers. It’s fun to find out who reads it, but doesn’t comment. I love comments though. I encourage them.

In addition to this, I’m changing the name of the blog. When I first began it, I wasn’t sure how long I would keep it up. Little did I know that I would fall in love with it and continue to chronicle events in my life.

And the new name of the blog is….

I think. I’ve been debating a couple of names. For now, this is the one I like. What do you think?

Renaming the blog now marks off #57 on my list.

Now…on to my big news. I regret saying it was big news for the simple fact that everyone had their own thoughts as to what it might be, mostly a job. It’s not that big of news though. We’ll talk more on that later though. 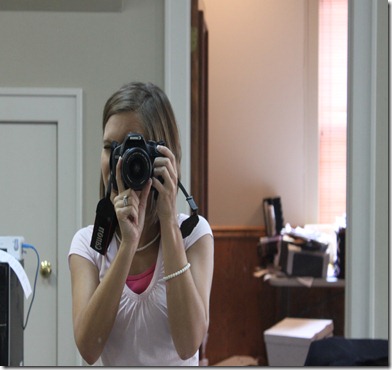 I recently FINALLY bought what I had been saving up for.

I found it on fredmiranda.com. Basically, on there, professional photographers {generally} sell their equipment on there. I have you know that the camera I bought doesn’t even look like it’s been touched. AND I got a great deal on it.

Now my goal is to get the lens I want. It’s a 50 mm lens, and I will be purchasing it a.s.a.p. to start taking the kind of pictures I like. I want it to be able to blur the background more, and you need the aperature to be lower {I believe}. Julie, correct me if I’m wrong.

I’ve been taking a few pictures over the last day, but things have been rather busy, and I haven’t gotten the time to really figure it out the way I want to. It’s not as hard as it looks though. 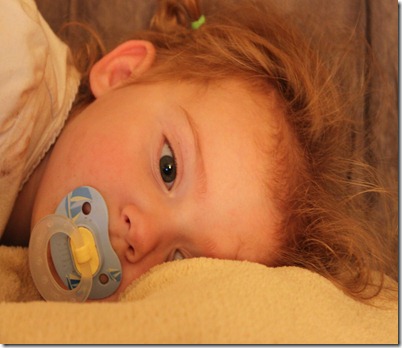 I haven’t gotten to load my editing software that came with it either, so I can’t wait to see what kind of effect that could have. Maybe photo improvement will take place over the  next couple of weeks.

Since I got my camera, this knocks off #17 on my list.

I’m not done yet though. 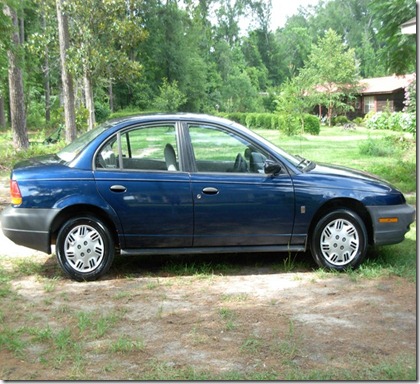 Because we’re now trying to sell my old blue car, I was able to knock off #67 on my 101 list. We washed, waxed, and vacuumed out my car this past weekend. It’s ready for it’s new owner.

I’ve now crossed off #88, which was to support Brewton schools in some way. 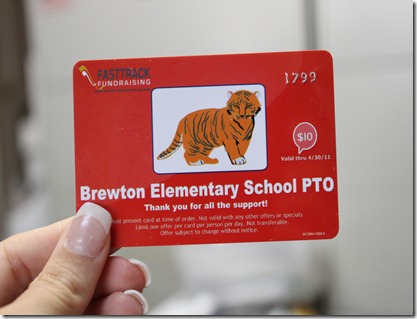 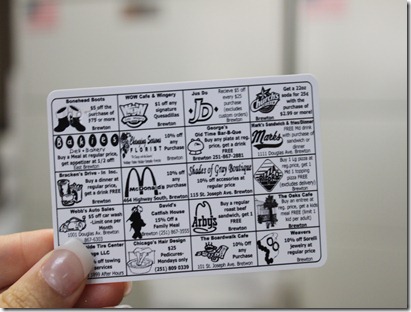 I look forward to buying one of these cards every year. You would be surprised at how not having to purchase a drink makes a difference in how much money you spend on meals.

Now, for the last item of business for the day. It’s on a more serious note.

It’s now crunch time for a job. I had two really great interviews this morning, and I’m hoping something comes of one of them. I would really like the opportunity to work at one particular school, and I fell in love with the large classroom I saw today.

Please pray for me. It takes time to put a classroom together, and I like to be prepared. Pray that decisions will be made soon, so I will know the next step I will have to take.

If you’re still reading, thank you.