After my poor husband  saw a look of pure distress on my face and heard my complaining as I was trying to figure out how in the world I was going to get a gigantic piece of furniture painted while amidst the cooking and preparing for Thanksgiving & visiting friends and family {nothing like the holidays to make me decide every project in the house must be completed asap}, he decided to save the day and present me with an early Christmas present. I’m not sure how he got that one by me, but he is slicker than I thought. Since I’ve become an iPhone user, I’m posting much more to Instagram, so you might have seen what was laid in my hands. 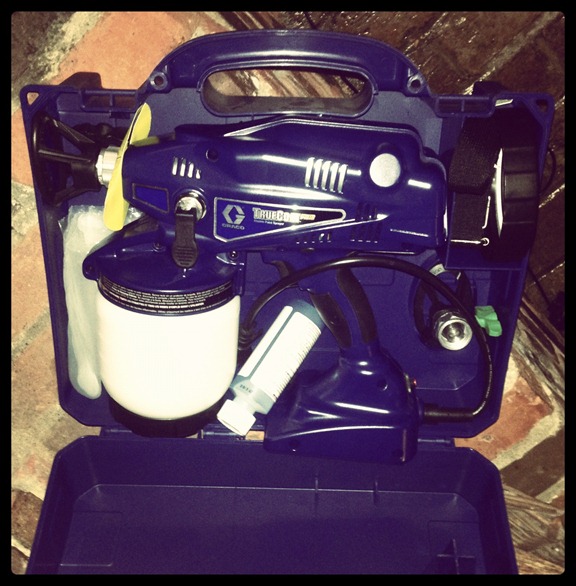 I felt like I had hit the jackpot, and I would definitely say that a paint gun is the jackpot of the DIY world…..that and a Silhouette machine. I’m still working on that one.

With a paint gun now in my possession, I was ready to prep the china cabinet by taping it off. That was a task in and of itself. One hour of my life spent taping. 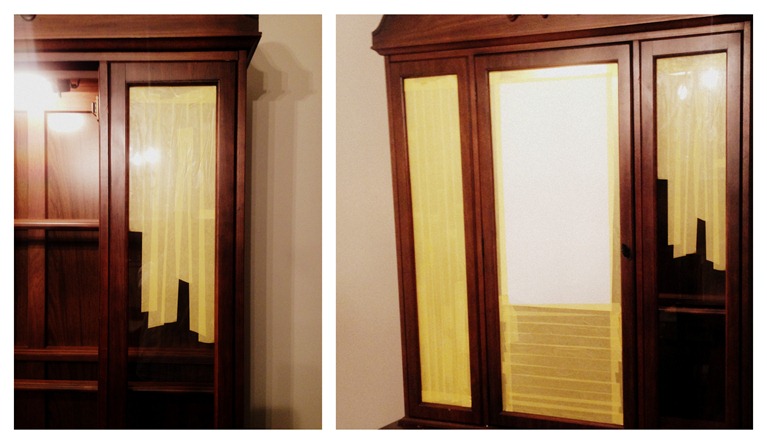 From there, the furniture was hauled out into the garage for a spray down. I warn you now all of you pro-furniture-redoers. I did not do this properly. Time was of the essence, so I skipped the light sanding and went straight to the painting,. I knew it would work since I had already completed the buffet {with brush and rollers}. 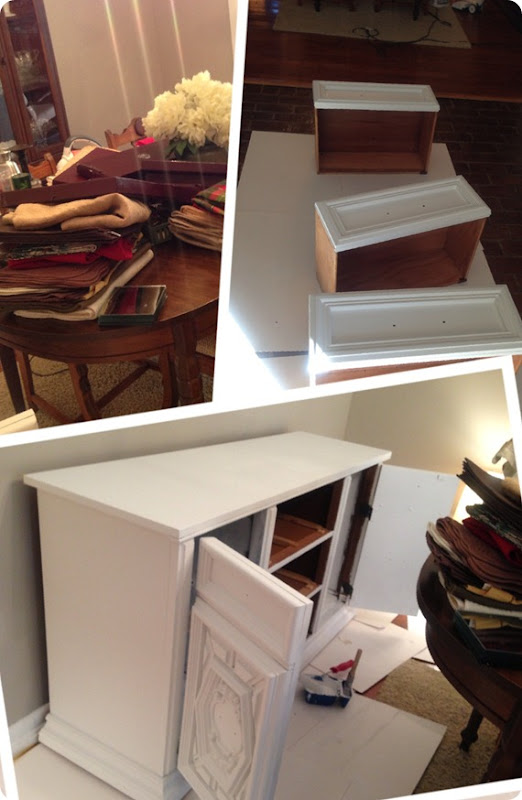 That took fo-ev-ah! I probably would have saved a tad bit of time if I had taken the time to do that. What’s done is done!

And now it is time for the reveal! 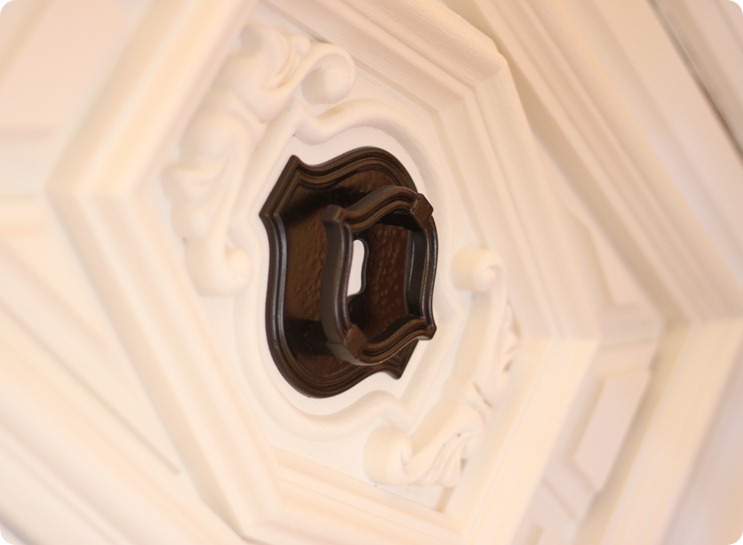 I spray painted all of the hardware with Krylon Oil Rubbed Bronze, and I was quite pleased with how it turned out….especially since it was rusted and just flat out ugly before. 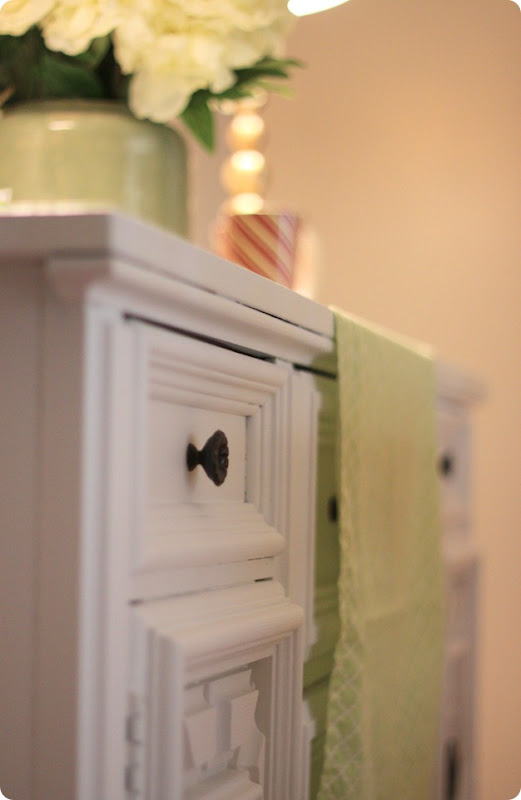 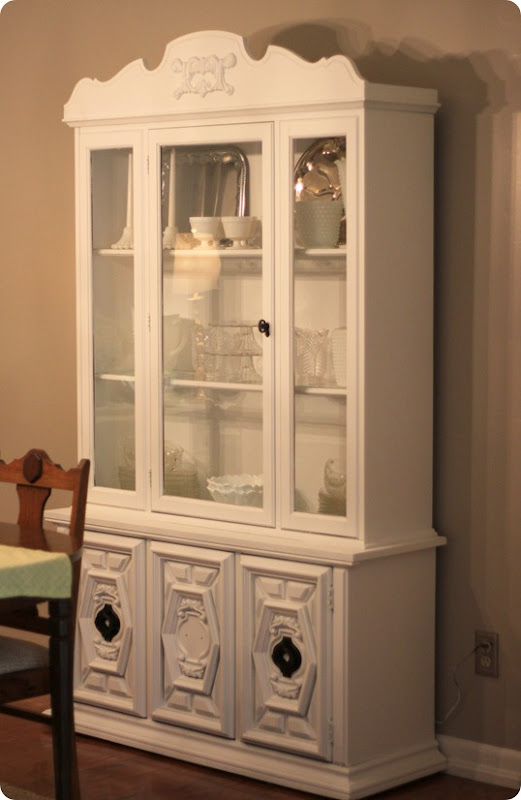 The china cabinet was so much fun to paint compared to that two day painting job buffet. If the paint would have been some magical dry instantly paint, I would have had it completed in an hour tops. It was the wait between dry times that took so long.

Want to see an even bigger difference?

Let’s see how the dining room has changed since we first saw the house until now. 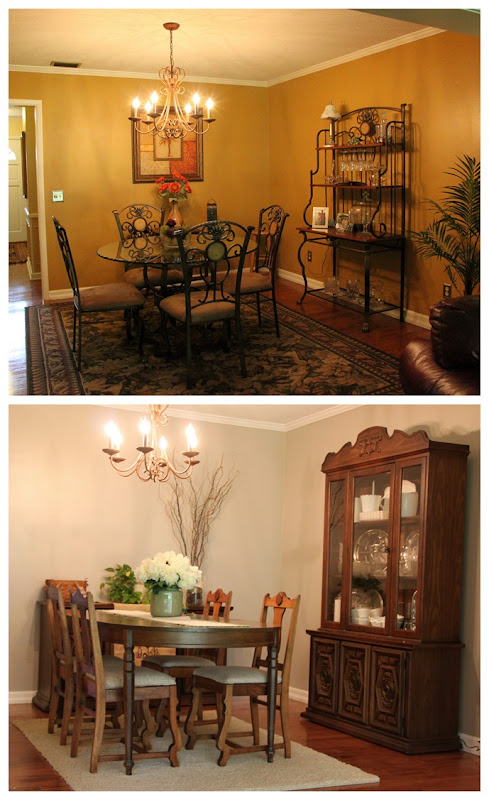 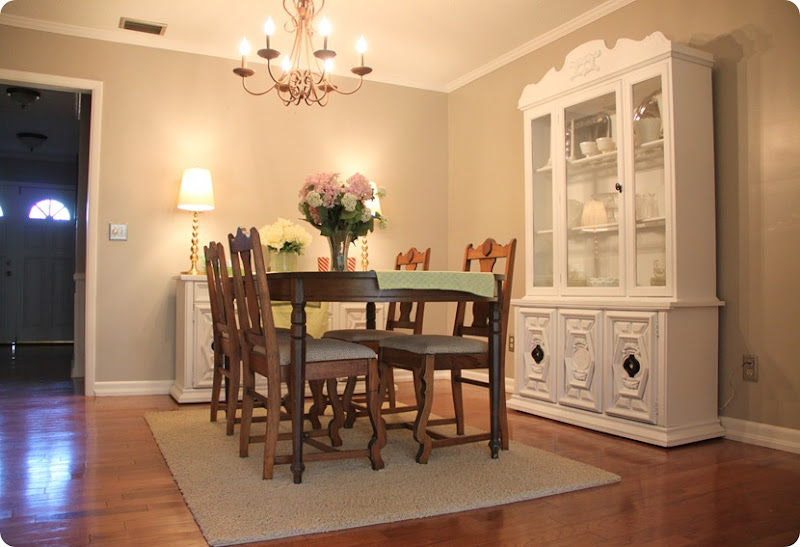 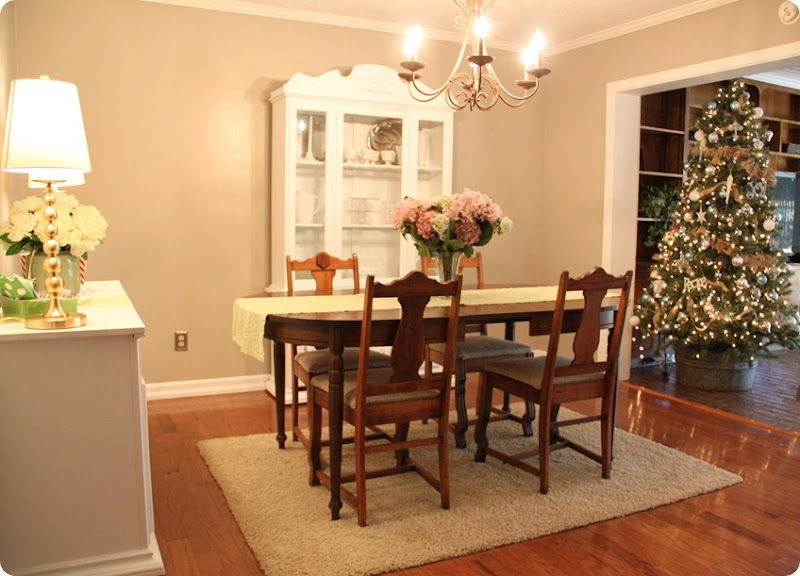 It doesn’t look like my Aunt Lucille’s furniture anymore! Here’s to making the old new again! Like I told my mom the other day, I don’t have enough money to go out and buy new furniture, but I sure can make something better with a little paint and furniture that is given to me {or bought on the cheap}.

Posted by Brenna Langham at 8:26 PM