Spring has finally officially arrived, and I just can’t seem to get enough of it. The last thing I’ve wanted to do is sit behind a computer more than I already have to. The school days seem to be getting longer, too. After all, the students and I just want to go outside and do anything else but study school work. I can’t blame them, especially since we don’t have a spring break until the end of April. Geez!

Anyhow…Colby and I have been busy sprucing up the house. I will hopefully have pictures of that tomorrow. Between finishing putting down baseboards and quarter round and pressure washing the house, we’ve been busy for two weekends in a row. It feels nice to  know that we’re making some progress on this little place we call home.

All I have to document the past two weeks are these two iPad photos. Colby went fishing in his pond the other day while we were out at the farm. I had the pleasure of feeding the fish on the opposite side of the farm, but it didn’t take long for me to join him. Don’t take that the wrong way though. I didn’t fish. I just took the pictures. 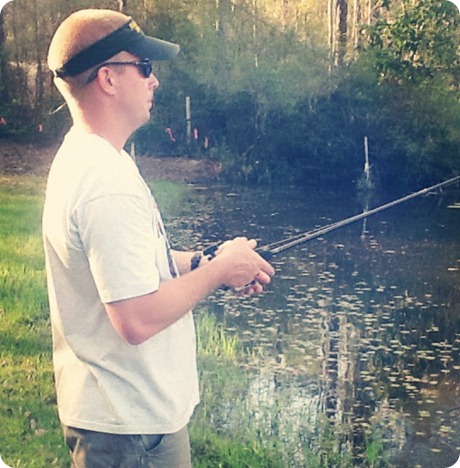 As you can see, nothing big was biting that day. 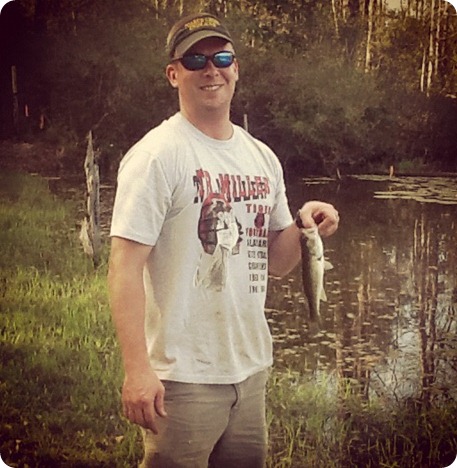 On the other hand, I have been making some new recipes around the house. Many of them have required some green onions, and I saw this tip on Pinterest to put the fresh onions in some water. Then, the green on top will continue to grow, and you can just snip some off as you need it. We’ll see if it works. 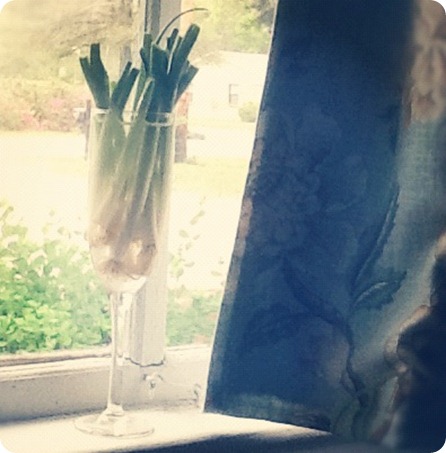 Hopefully a porch update will be coming up this week, too! Enjoy your week!

Posted by Brenna Langham at 8:17 PM