Imagining What I Want…

So, some of you knew that Colby and I had unexpectedly been house hunting. It started off as looking for land to build one day, and it took a surprise turn to looking at a house. We even went as far to put in an offer, which led to many speed bumps, which in turn led to us not getting the house. What we found out later was that it was a blessing that we didn’t, and I’m just going to leave it at that.

For now though, we’re just going to continue living in the house we are at now. I mean, it’s rent free guys! Why in the world wouldn’t we? To be honest, I like our house. It’s not everything I want in a house to live in for the rest of my life, which is one reason I am anxious to move one day. I’m also hesitant about putting too much money into the house since we’re not going to live here forever, but there are some things that I would seriously like to have if we are going to stick it out here for a few more years. Plus, I can justify putting some money into it for my own sanity.

First, I’d like to have a patio to go out on and enjoy the outdoors without my neighbors glaring at me. Not that they do that, but I’d like to be a bit more comfortable and relaxed outside. We the fire pit and grill. We just need the patio and outdoor furniture.

Next on my list would be a privacy fence. That’s where money starts getting real involved, but I would like to have a dog {an outside dog}. And, quite frankly, I want the dog to be able to run around as much as it wants. Plus, it’d really amplify the ambiance of the porch.

That’s really not what I intended to write this post on though. I’ve been pinning some great inspiration photos that I would love to make reality one day in our little bitty living room. Lord, have mercy, is it small! I’ve even thought about hiring some of these people to make me an e-design to get me going and push me in the right direction. Maybe then would I accomplish some things. 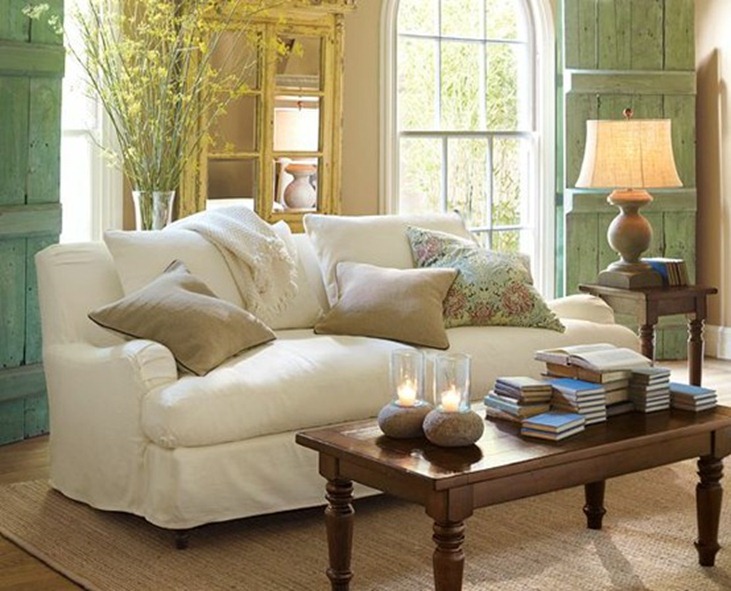 Love the simple design….this is more of the reality of what my house would look like, I guess. As much as I try to stay away from the darker woods, it’s basically all that is in my house. Even though this room has those darker woods though, it really feels bright and airy, which is ultimately what I want. 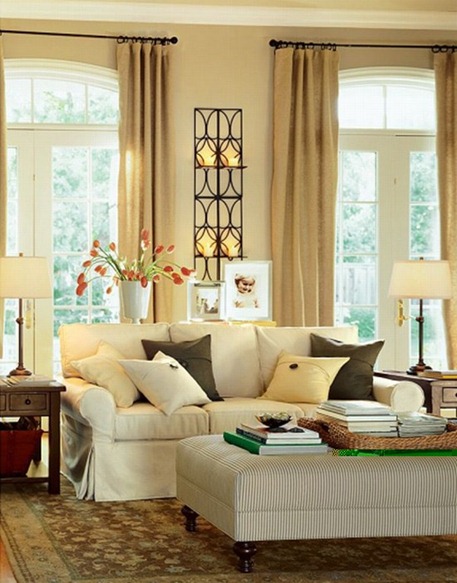 I love the couch and upholstered ottoman as a coffee table. I think this would be a better option for us because it could also be used as seating if we had guests over. 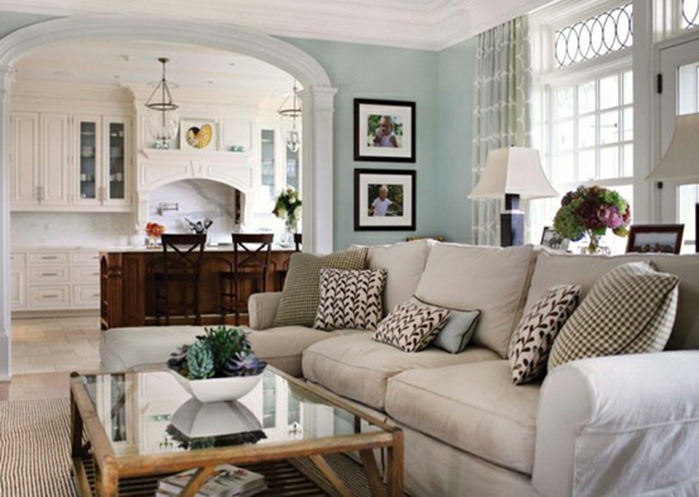 Love this couch and love the color of the room. I’m afraid I would get tired of it way too fast though, and I also find it hard to find the perfect shade like this on my own. 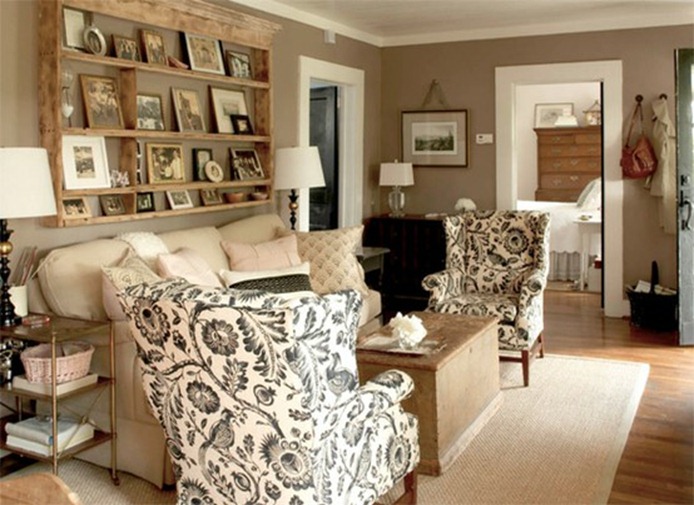 Loving the wing backed chairs! I also love that the chairs have a print on them….not necessarily in love with this print though. I need a new chair, and a printed chair would be nice. Once again though, I think I might would rather have the print on the pillows instead since I get tired of things really easy. 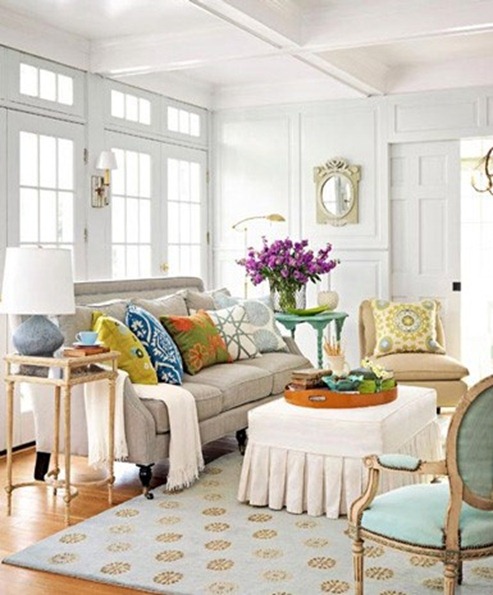 I just love the airiness of this room and the ottoman. Not really what I would put in my house since it is more eclectic than what I’m used to. However, if you would like to raid my house and redesign the living room and do this, I probably wouldn’t complain and would love it!

So, you can kind of get a taste of my style and what I would love to see in my living room. What do you think? Which is your favorite!

Posted by Brenna Langham at 4:17 PM

Email ThisBlogThis!Share to TwitterShare to FacebookShare to Pinterest
Labels: decorations