Last night, I ventured out of the house {like across the street} to the school’s first football game. My parents and Aly were going to go cheer on the Eagles, so I figured that I would join them.

I had big plans for Aly at the game last night. I had went and picked up a cute dress for her from her mom’s house and had sent a request to my mom to bring a bow and coordinating sandals. Pictures were going to be made at the game, and I wanted them to be super cute. Unfortunately, my plan failed miserably. Aly wasn’t in the best mood, and mom couldn’t find the bow. Alas, she came to the game with the outfit on in the following pictures. While she’s still cute, it was not what I had in mind. 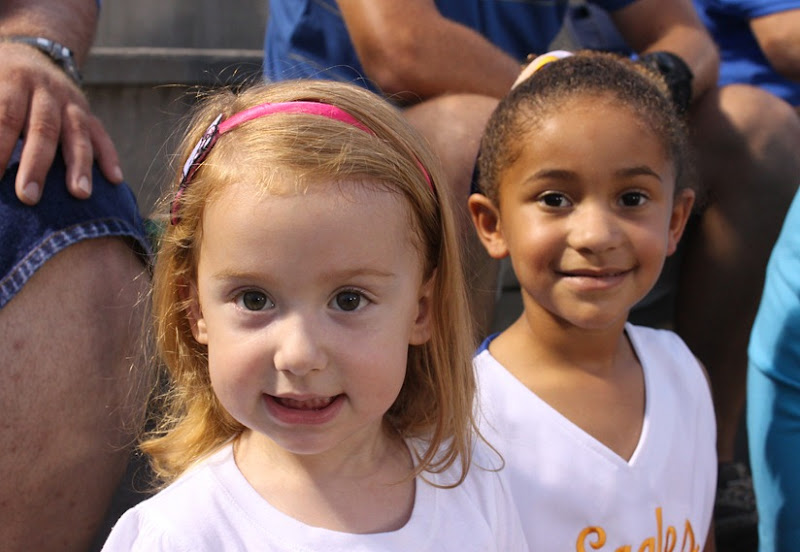 She was so excited about getting to sit by her cousin. She was even more excited though to see the band. I must admit that I was excited to see them, too. I hear them practice every afternoon, so I knew that they had a good show.

While we waited patiently, Neal scored a touchdown. The cheerleaders threw the footballs like I did once upon a time. Folks, I didn’t even stand up to catch on because I know of my lacking ability in the hand-eye coordination department. It’s nearly impossible for me to catch something, and usually when I am close to catching something, I let it go right by me because I’m afraid it’s going to hit me. It’s sad really. Low and behold though, the football landed right in my lap, which I in turn gave to Aly. It couldn’t have happened any better. 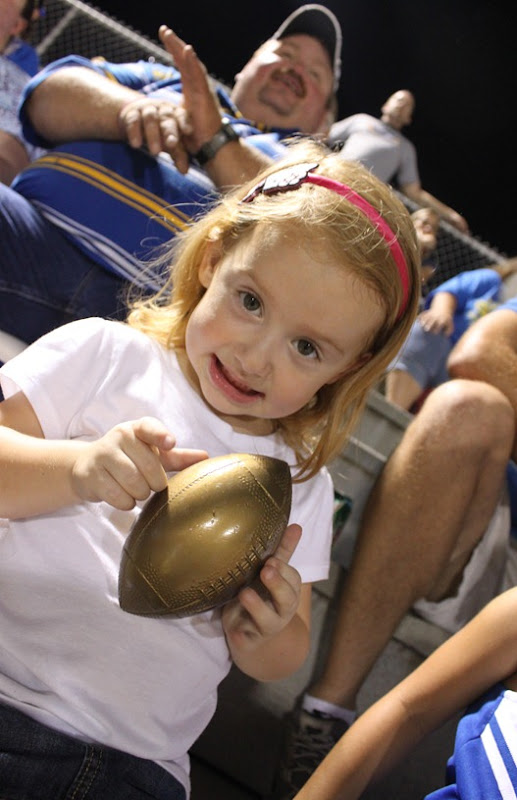 Finally, we made it to half-time. The band approached the field. While I thought that she would have a more excited reaction since it’s what she’d been waiting the whole game for. Her reaction consisted of this stance the entire time. 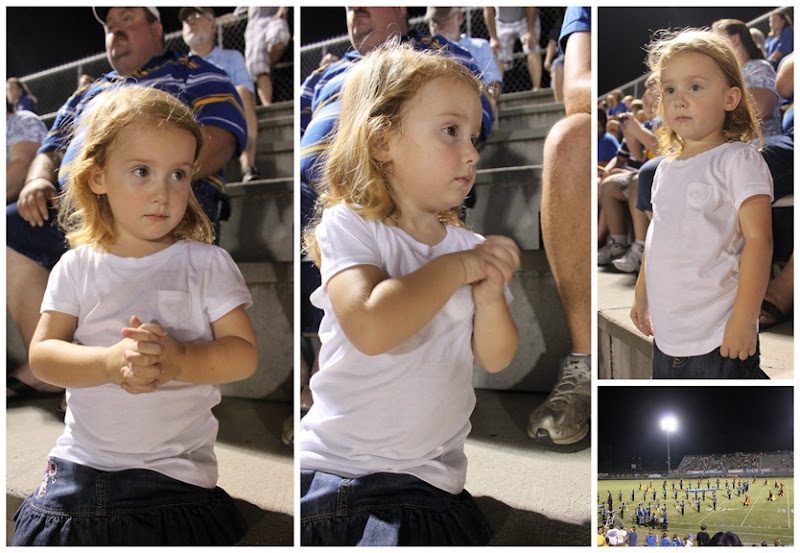 Overall, I think she had a good time, and that’s what it was all about to begin with.