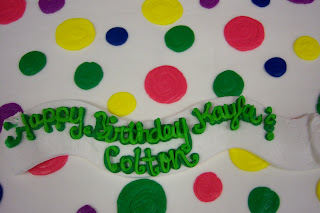 What's a party unless you're just starting to set everything up minutes before the party starts and still setting the party up when people are arriving? In my family, we'd call that a "Brooke party." I'm only saying this for two reasons. First, she doesn't read this. Second, she knows its true.

Luckily though, we all pitched in and got everything together before everyone arrived. It turned out very cute. So, who was this birthday party for you ask? It was for my cousin's two children, Kayla and Colton. 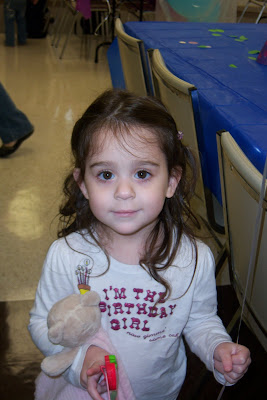 Clearly, she's the birthday girl. I loved the shirt! She turned 3 years old! 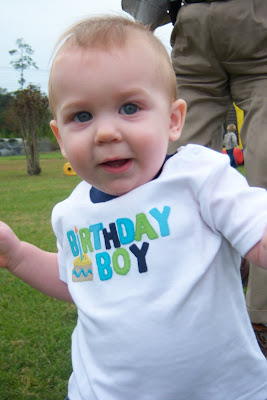 As it is plainly stated, he's the birthday boy. It was his very first birthday!

Just for future reference in case I slip up, we also call him "brother." 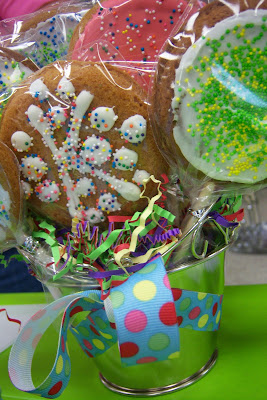 Brooke personally made these cookies-on-a-stick herself. Aren't they precious? I'll be sticking this idea in my book for future ideas {no pun intended}. 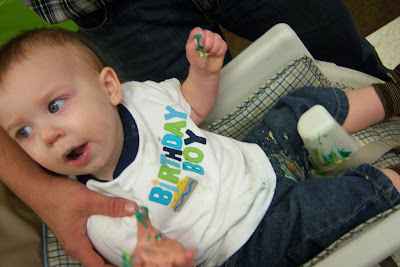 Is it obvious that the birthday boy enjoyed his cake? Direct your attention to his pants...

What's funny about this is that they had already wiped most of his mouth off. Needless to say, he got another change of clothes.

Later on when everyone was cleaning up, he picked up a cup filled with coke, held it with two hands, and proceeded to drink it. While it can go without me saying this, he required yet another change of clothes.

It would only be fair to include some of the party attendees in this blog post as well. So, here it goes. 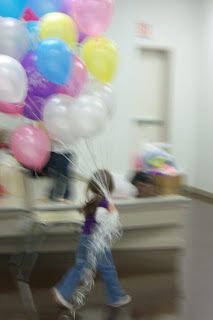 This would be my cousin, Rory. If you know her, you understand why this is one of the best pictures I got of her. She's always in motion. Her favorite part of the party was running in circles with bunches of balloons. 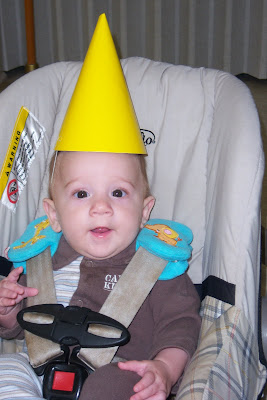 Cousin Liam was such a festive party-goer. 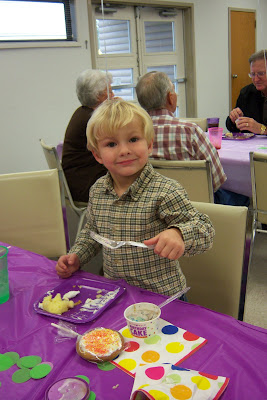