It’s amazing how a person can go from complete joy to a near state of depression in a matter of minutes. You see, everything went great with Drake’s delivery. Everything was quick and pretty easy. I was totally fine…way better than I was right after Landry, which wasn’t actually that bad. I was simply elated that I could finally hold that sweet, precious boy in my arms and see his little face.

After the family had seen him though and left to go get some lunch {finally}, it was just Colby and I with Drake in the room. Then, the nurse came in and said she was going to take him to the nursery. She wasn’t panicked in any way that set off my mommy alarm, so I didn’t really think anything about it.

Later, our pastor and youth minister came by to see everyone and check on everybody and pray with us. I, still thinking nothing was wrong or abnormal, told them that they had just missed the baby, as he was in the nursery, but Colby could take them down there to see him. After prayer, they all left to go to the nursery, and I had to stay behind because of the lack of feeling in my legs due to the epidural.

They were gone….for a while.

So, I texted to make sure everything was ok. No reply.

And then they return. Just Colby and the pastor…with solemn looks on their faces. Heat swept over my body.

I would be lying if I said that I didn’t immediately think the worst. I thought my baby was gone. To all of you mamas who have lost children in some way, I experienced that pain for a split second, and I hope I never have to experience that ever again. I cannot even imagine the hole in your heart that losing a child leaves.

Luckily though, Drake was a fighter but was having difficulty breathing. He had nurses and doctors standing around him. His O2 levels were not where they should have been, and his breathing was very rapid as he struggled. Within an hour of his life, he looked more like an astronaut with his oxygen hood on and wires hooked up to him in every way needed to monitor all of his levels. Thank you, Jesus, for amazing technology! 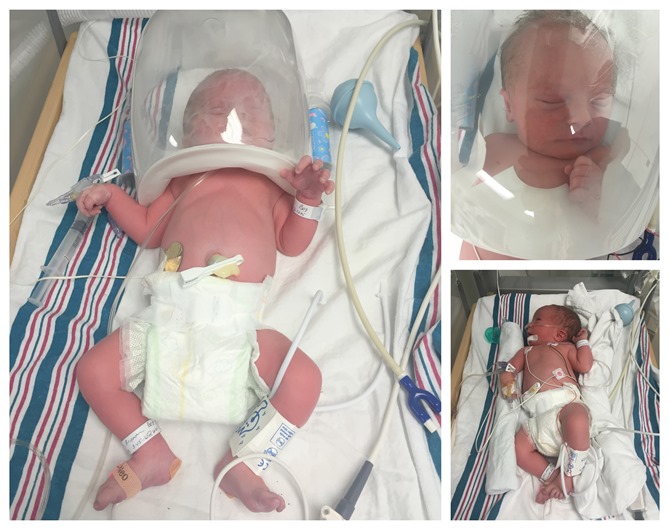 I was still back in the delivery room trying my best to move my legs in hopes that it would make the epidural wear off quicker, so I could walk good enough to get to the bathroom {that’s the deal with getting to move to the recovery room} and into a wheelchair, so I could at least see him through the window.

In what seemed like forever, I cried the hardest cry and prayed the longest prayer one could in that moment. Pleas for my baby boy to be okay and to not be affected by this in any negative way. And as I prayed…so did countless others, and I cannot be more grateful to all of you who did. God heard our prayers.

Eventually, I was able to go see him on my way to the recovery room. I had the best nurse who knew I was dying to see him. All I had been relying on up until that point was pictures and what my family was telling me. And of course, I was thinking that they were all only telling me half of the truth to try to keep me from being more upset.

While in the nursery, I was terrified as I sat there. I continuously watched the monitors and his little chest going up and down. Every time he would hesitate in breathing for a split second, I would panic inside….afraid that the monitors were going to go off and something else be wrong. I watched my grandmother take some of her last breaths, and it was just like that. That’s an image you can never erase from your brain, and I did not want to have to watch that with my son.

After staying for a few minutes, I had all I could bear and went back to the room. Colby would go back and forth to see what progress was being made with him. That night, I went back to check on him after we had spoken with the pediatrician who said that they had consulted Sacred Heart and would be shipping him there if he did not make progress within the next few hours. As we waited for him to come back late that night, we both fell asleep.

I woke up in the middle of the night and contemplated making my own way to the nursery to see if they had actually had to send him {the nurses assured me the next day that they would have gotten me up for that}, but decided it would be best for me to rest and not venture out alone since I was still getting feeling back in my legs {even then} and had only really gotten around by wheelchair.

The next morning though…

Colby went to check on him and came back with him in his bassinet. Praise the Lord! Just like that, the Lord had healed him within a few hours, and he was safe to be back with us in the room full time. So once again, family and friends filed in to see our boy. 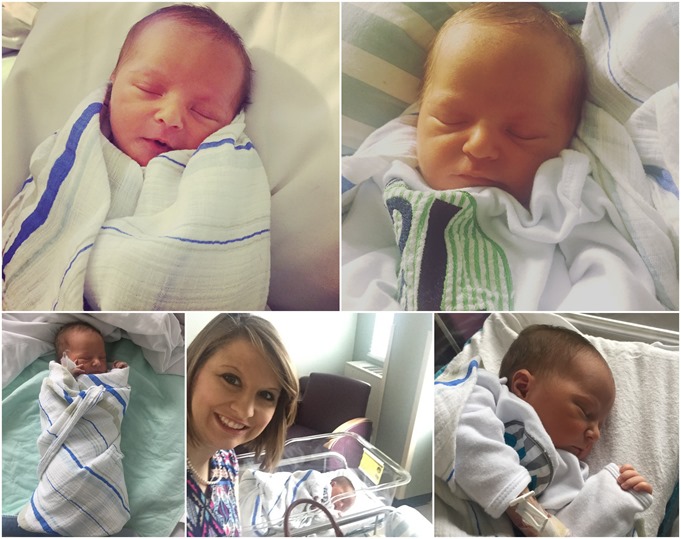 We are so thankful that Drake has been totally fine minus a trip to the ER at Sacred Heart when he was making wheezing type noises when he fed. Luckily, they cleaned out his sinuses with what looked like a Roto-Rooter, and he has been good to go since aside from just doing a saline spray and suctioning him out every day.It’s a small hiccup, but we are just thankful that he is totally healthy according to all of his doctors and will not be affected by this in any way. Praise the Lord!

And today….Drake is One Month Old! 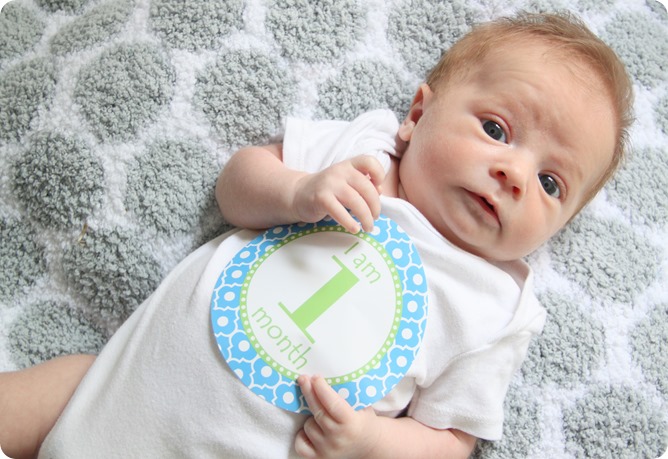 And because Landry wanted to get in on the action… 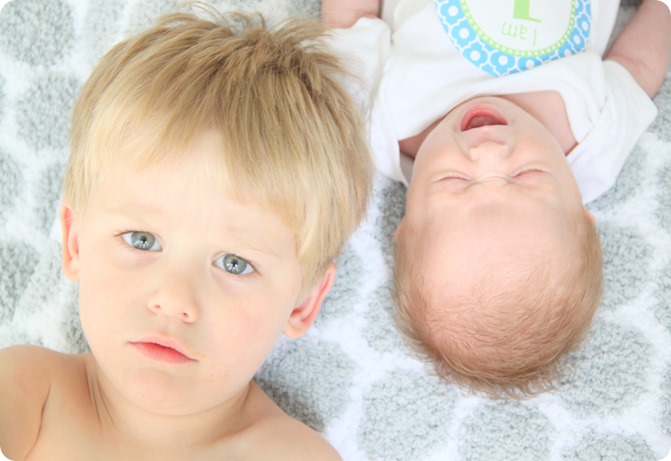 Happy Weekend, Everyone! Enjoy the sunshine!

Posted by Brenna Langham at 8:39 PM