A Room Reveal: The Man’s Bathroom & The Hallway

Something odd about our house is that our master bedroom has two bathrooms. Basically, it originally had a small bathroom connected to it, but then the female owner of the house {that was not me} must have decided that a soaking tub and large walk-in closet were in order. For now, though I’m just going to show the one bathroom. I am warning you now that the only thing that has been done in this bathroom is the wall color, the shower curtain, and some paint on the cabinets and trim. Other than that, I’ve just been patiently waiting to find the perfect accessories.

In case you don’t remember the before {like I try so hard to do, too}….here is a quick reminder! 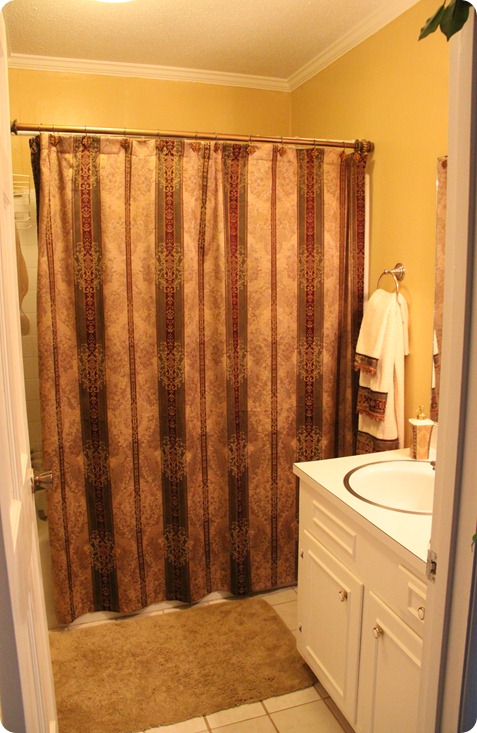 Gold. Gold. And more gold. Matchy, matchy, matchy. It’s just not my style. Sorry if I offend anyone, but it just doesn’t reflect who we are. 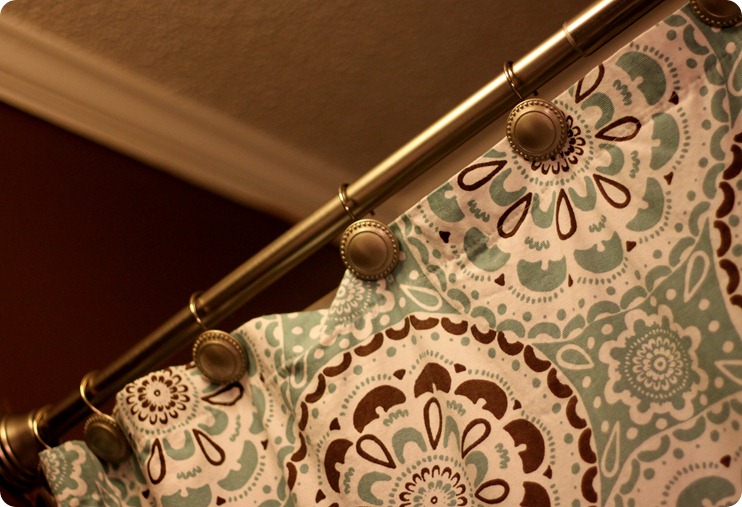 Since I still use this bathroom to shower in, I still wanted it to have a little bit of femininity….thus the shower curtain that I scored at Dirt Cheap! Now that I’m looking at it in the photo though, I think I need to bring it down a good bit. When you’re a shorty like me, sometimes it’s hard to notice things like that. I end up trying to over accommodate those who are taller. 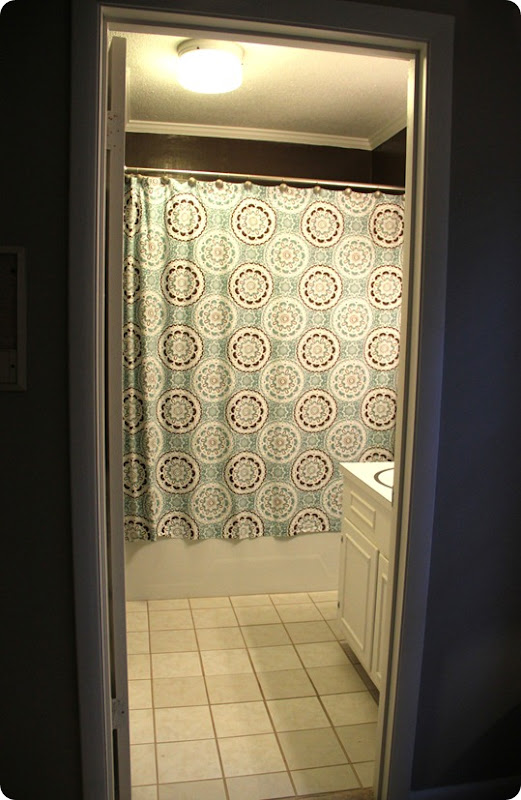 The vanity is where the most work needs to come in. Good heavens! The mirror needs to be framed out. The light fixture needs a major upgrade. Complementing towels and accessories need to be chosen, and knobs need to be replaced on the vanity. I decided that I would rather live with no knobs than those gold knobs. Maybe even something on the wall to add some interest. 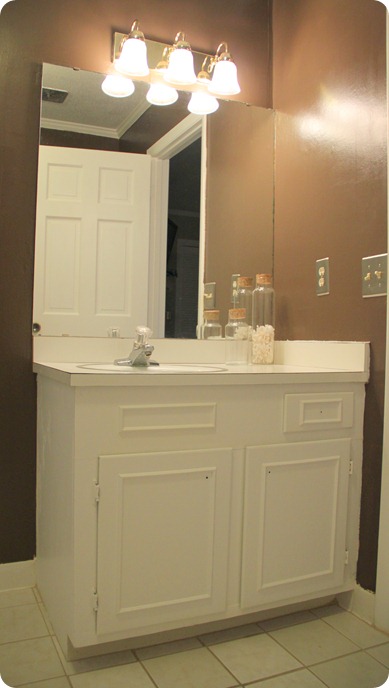 Eventually, I would love to put a beautiful vanity in here with some different flooring, but it can definitely suffice for now.

Now, let’s change areas of the house and go to the hallway. What do you think the color of it was? Did you guess gold? 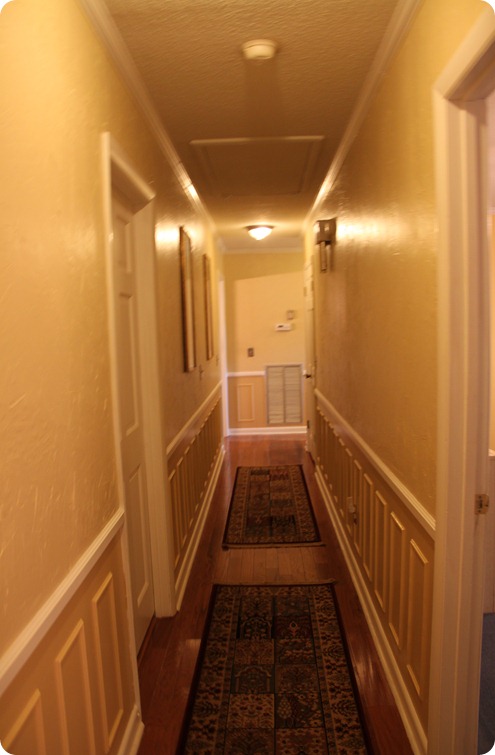 When I took the after picture, I took the photo going the opposite direction. You’ll get the idea though. Once again, the paint color is Benjamin Moore Shale, and the trim is BM White Diamond. FYI….we did not add the texture on the walls. It was already there. While it’s not my favorite feature of the house. It’s not bothering me enough to do something about it yet. One day…..

I’ve now picked out a runner, but it’s just a matter of getting it ordered.  The frames at the end of the hallway came from trusty ole Wal-Mart, and they were already matted. The prints in them are from Wears Valley, TN from a local artist there. I hope I can go back soon and get many more. I love his work!

I would also love for the light fixture {aka boob light} to be replaced with something much more eye-catching. I’m not certain on what I want though…..just not that.

Oh, dear! We sure have our work cut out for us in the coming years, but it will eventually come together. I’ve just got to remember to be patient and understand that everything can’t be done at once.

Posted by Brenna Langham at 5:30 AM