We have officially lived in our house for over a year, and during that time I’ve had plenty of time to find out what works and what doesn’t here. Since we moved in, I wondered where in the world we were going to put our computer and desk and printer and such once children moved into the guest bedrooms.

That’s where everything is now. If you don’t remember, our guest bedroom was empty and filled with junk when we first moved in. Then, we had the ugly blue carpet removed and inherited a king size bed. The junk went out {and into the attic or garbage} and the desk area became a little more organized. But what was going to happen when Landry had to upgrade to a bigger room? Problems.

Remember that living room I worked so hard on this summer? 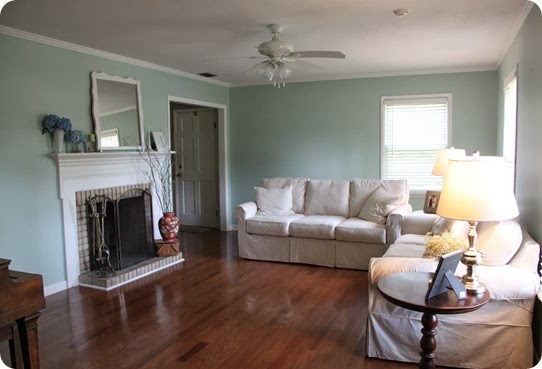 Since Colby and I couldn’t agree on {or afford} chairs for the den, we ended up moving the new furniture from the living room into the den, so we would be more comfortable and the furniture would actually get used. 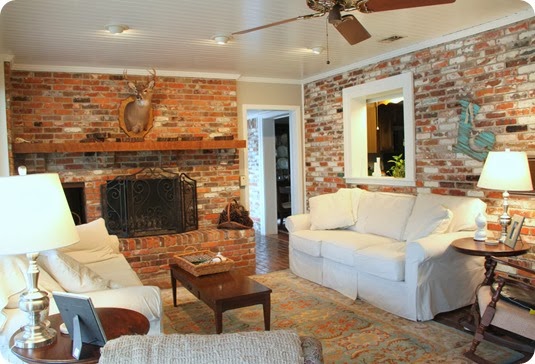 That has left an empty living room. So what to do with that space that would make it an actual useable space? 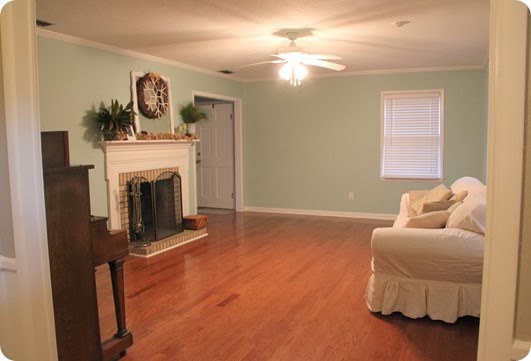 There were two options: 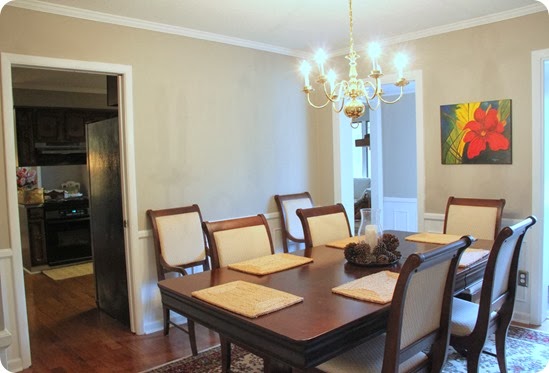 My table can extend out even further to fit the remaining three chairs around it. When you have people over to eat though, there is zero room for people to move in and out as needed. It’s CRAMPED!

Plus, you walk from the garage into the dining room. Kind of weird to me! 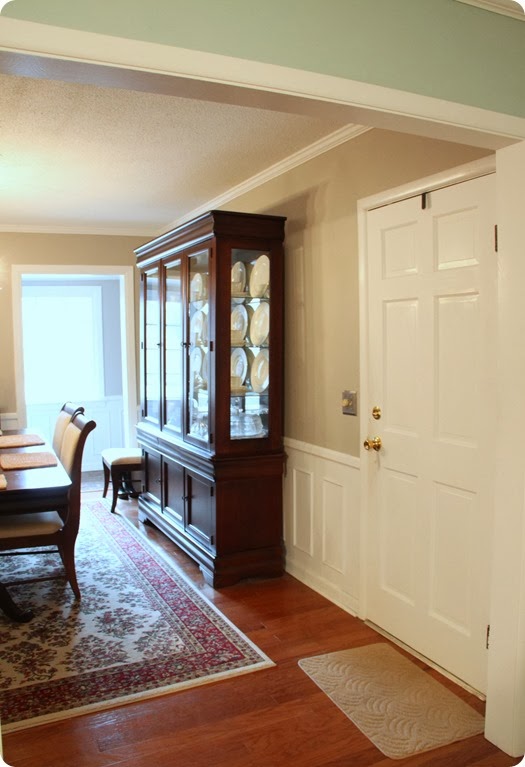 This room also has a pocket door that separates it from the kitchen if needed. It was actually a study before according to the previous owners. They repurposed it back to a dining room though. 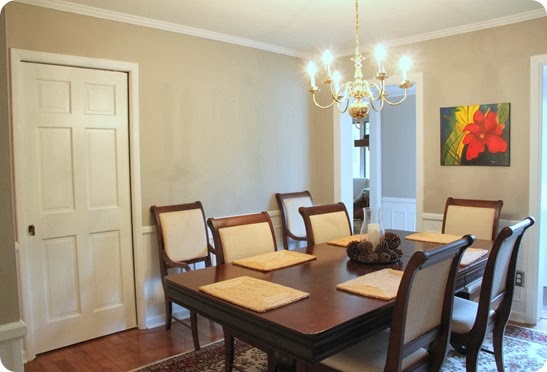 So…as soon as I can get a new rug for the soon-to-be new dining room, the switcheroo will take place, and our house will continue to be a giant work in progress.