For the first time since I’ve been blogging, I took a little break. It wasn’t intentional, but it was a much needed time to focus on other more important things. Plus, winter gives me the blues. All I want to do is cuddle up with a blanket and pillow on the couch keeping warm by the fire and watch DVR’d episodes of my soaps and favorite television shows that I’ve been too exhausted to stay up and watch.

Why the exhaustion, you ask? This girl is officially 16 weeks pregnant! Due August 10th! 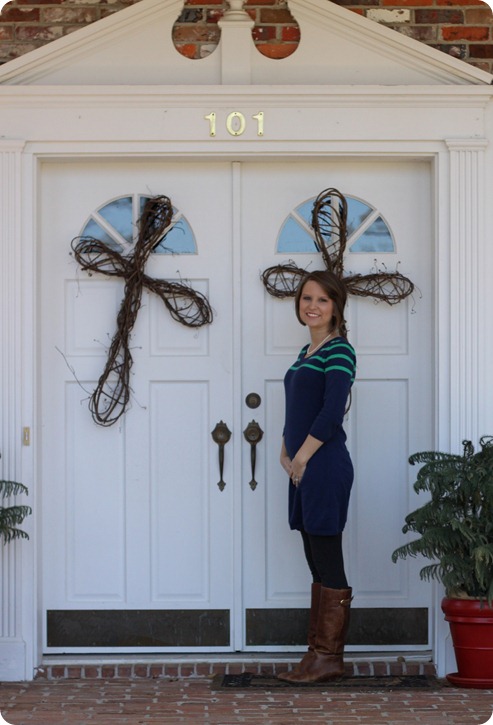 On January 2nd, I had my first doctor’s appointment. At the time, we were trying to keep things on the down-low until I was at 12 weeks along. So much for that! While we were there, I saw like five people from our town….one of those being the mother of one of our very good friends. Needless to say, she was on to us! How many wives bring their husbands along to that kind of doctor without their being a reason associated with being pregnant? We were able to brush it off to all of those who asked, but we knew they weren’t stupid.

Two days later, I was struck with kidney stones….at school. I didn’t know what was happening, but I thought for sure I was dying. The pain was excruciating! So horrible, in fact, that I had no reservations about laying down on the gym bathroom floor. You know you are in trouble when you are able to do something like that. All I knew was that I couldn’t move from that position. Long story short, they had to call Colby at work and my parents at home to come and get me. Going to the emergency room like that meant that the truth had to come out. My parents and the whole world knew from that point on. It’s kind of hard to keep a secret when they put you in the OB hall. Luckily, I passed the stone quickly and was released.

Sickness set in from that point on, and I’m not really talking morning sickness. Sinus infections and horrible headaches. For what little morning sickness I had, I learned how to control it a little better. Nighttime digestion has been quite a problem that I’m still dealing with, but will hopefully get some relief for when I visit the doc again on Monday.

Between work, sickness, and normal day to day activities, I’m completely zapped at the end of the day. Bedtime comes early for this girl. By the time the weekends roll around, I’m completely worthless.

With all that being said though, some major things have taken place around these parts lately in the house department. And we’ll be finding out what baby Langham is this afternoon! Stay tuned for the big announcement!