Colby and I ventured out away from our hole that we call home, so he could participate in a legacy football game. Colby attended T.R. Miller High School, and the year he was a senior the football team won the state championship. The Legacy Game wasn’t to just honor their particular football team though {while I do think that would be a stupendous idea}. The Legacy Game was to honor the football tradition at T.R. Miller High School and all of its past players.

Many events and activities were put together for this special game. For starters, the current players got to pick a former player that they wanted to honor. The former player’s name was put on the current player’s jersey for the night. In an effort to raise money for the athletic department, the players went out and searched for sponsors and pledges for their jersey. In addition to those pledges, anyone could make a pledge and honor a former football player, and all of those names were published in the night’s program. A special roster was also made for the game. At the end of the night, the current players handed over the jersey that was worn that night to the one they had honored.

That was the major event for the Legacy Game, but there was still so much more. T-shirts were sold. The annual tailgating party was held outside the field house, and a flag football game was held for those former football players who couldn’t wait to show off what they could do. Many of them were probably feeling great that night, but I’m not so sure about the next morning. This flag football game is what got us out of the house and under the lights. 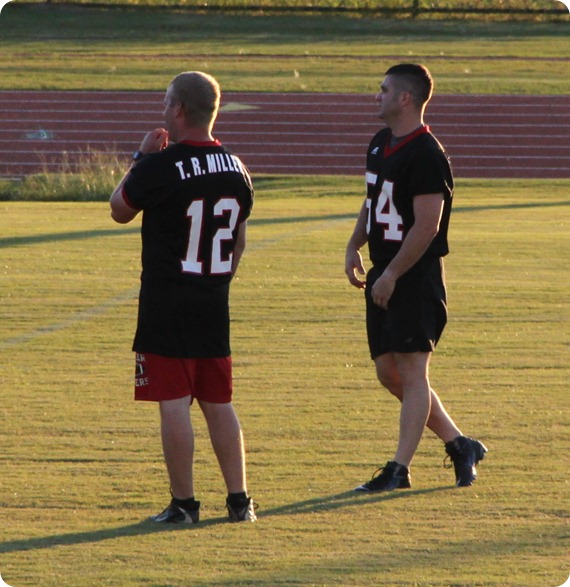 These two are the reason the wives {Dusty’s and Colby’s} were there in the first place. Dusty and Colby are both firefighters, and now we are all living close enough to each other to see each other more often and not be such strangers. 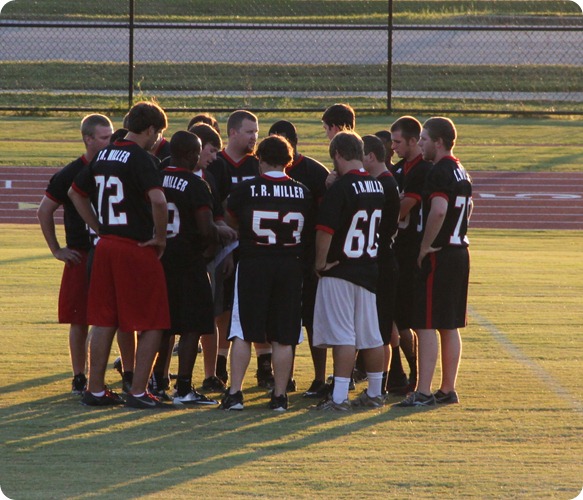 The boys made their plan and were ready to get the game started! 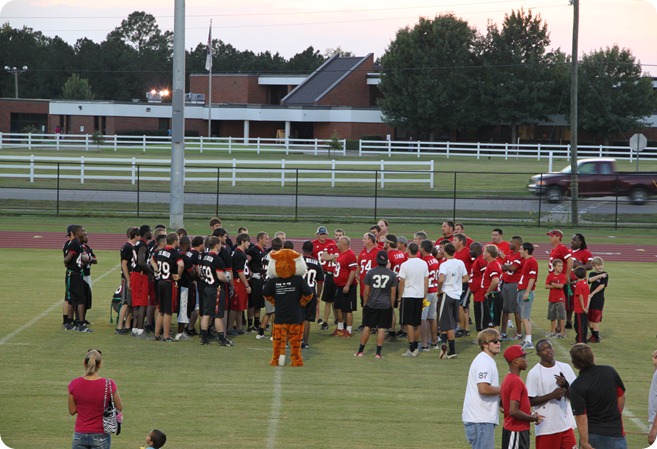 I wasn’t really able to get that many good pictures of Colby though. For that, I was a bit disappointed. I have been able to tell that I haven’t picked up my camera in a while, but the past week or two has started to change that. Hopefully, I will get back in the groove of things. Here are a few other shots from the night. 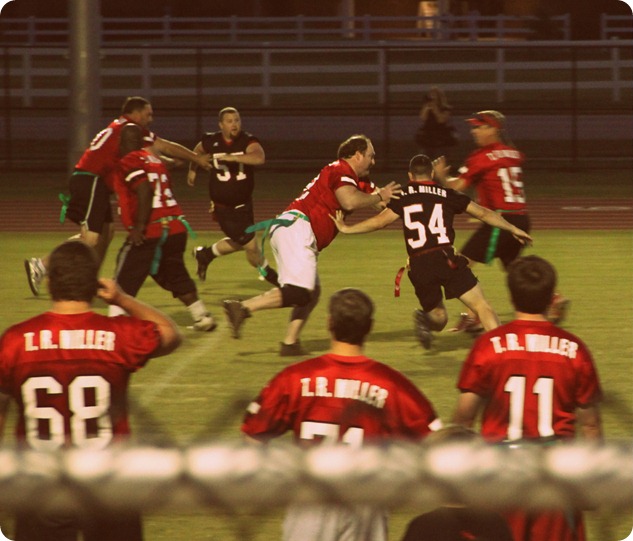 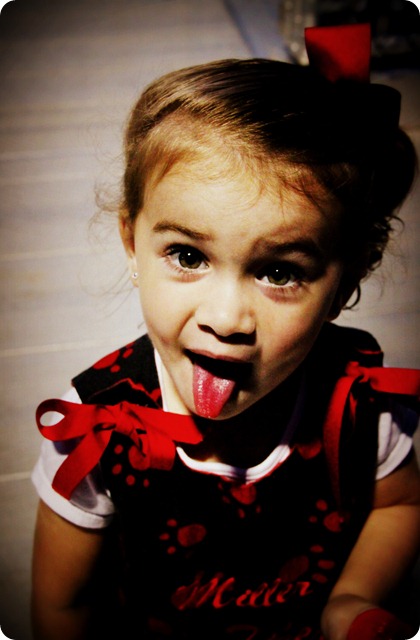 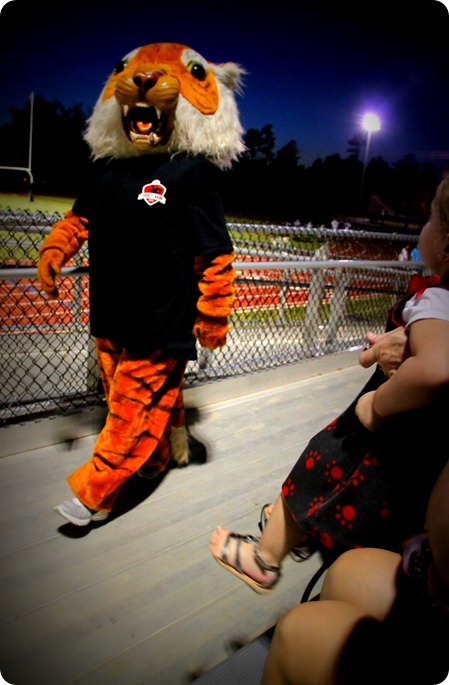 Now I am going to be completely honest. I have no idea who won the game. I heard it was a tie, but I could be badly mistaken. Who knows! After the first half was over, I simply there in body but no longer in mind. By 8 p.m., this sister is ready to hit the bed!

The good news is that fall is starting to peek it’s beautiful face out with some cooler nights. It makes for perfect football weather. What do you think? Don’t you think this was a terrific idea?

Posted by Brenna Langham at 5:40 PM