When Colby and I were on vacation in the Great Smoky Mountains, it became an obsession of mine to locate barns with quilt patterns adhered to them. Why, you ask? On our way up there, I was reading my Southern Living magazine only to find an article on that very thing. Without reading it, I probably wouldn’t have paid it much attention.

Just as soon as I had finished reading it, we rode into Townsend, Tennessee. That’s when I started getting really excited because I really did not expect to stumble upon one at all, let alone so quickly. What better place to put it than the Smoky Mountain Visitor’s Center! 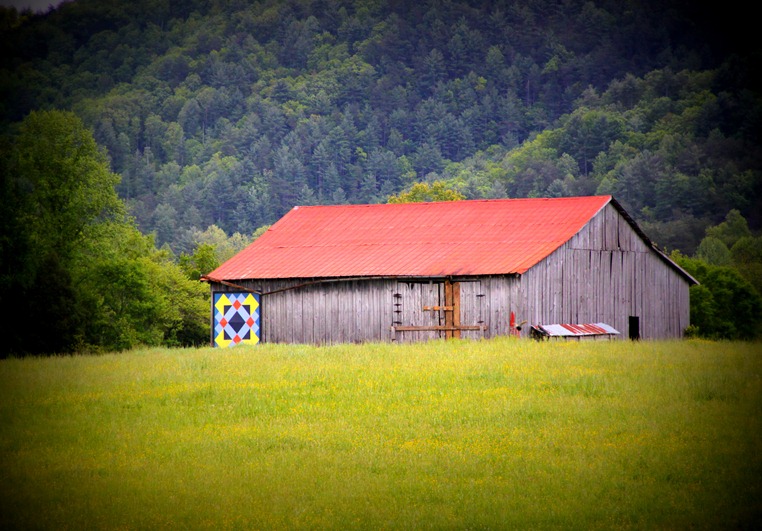 After doing a little research, I found that this pattern is called “Crossed Squares”.

Colby and I were driving some back roads later on in the trip after making our way back from North Carolina. We were merely depending on the GPS, while praying that we would make it back to land we were familiar with. I couldn’t believe what I saw on our way back, but before I tell you, I’ll show you this…. 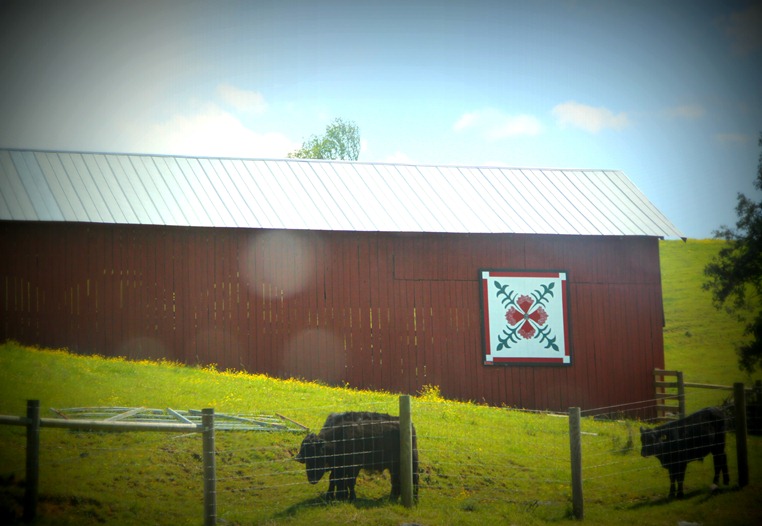 As we were driving, Colby spotted this quilt pattern up ahead. After I wrestled the camera out of my bag to take a quick picture, there was no time for rolling down windows and such. I was so excited we had found another, and I stared down each and every barn for the rest of the trip to find some more. Unfortunately, I was unsuccessful.

There’s actually something quite funny about this “Coxcomb” quilt pattern! It sits on the land of Bush Brothers and Company….as in Bush’s Baked Beans. You know the company. It’s the one with the secret recipe and their dog named Duke. I actually did not know this until I just recently looked it up to do this post. However, what I did know is that I caught a quick glance of a small blue sign after we had seen this barn. The blue sign said Bush Brothers and Company, and at that time I didn’t know what to think about it. Come to find out, the Bush’s Baked Beans plant was ahead with the giant can of beans for doors to the plant and a visitor’s center on the right hand side of the road. Who knew?

It’s funny what you find when you’re just trying to get from one place to another!

If you want to know more about this trail if you’re visiting the Smokies, click here. It’s so much fun to search for them! On top of that, it exposes you to the beautiful side of rural life and many historical structures.

Posted by Brenna Langham at 6:27 PM