A few weeks ago, Colby invited a couple of his co-workers to join us at the family farm to enjoy the day fishing and end it with a delicious meal. I can honestly say that we did just that. The best days to me are are the days where you can just spend the day enjoying someone else’s company while soaking up the sun.

Other than the boys, Jason’s wife was the best fisher-woman of the day. She was the only one of the three women who caught a fish, and I didn’t even try. I try to stay behind the camera. She was definitely a trooper and hung in there….even when she wasn’t “jerking” it the right way! Ha! 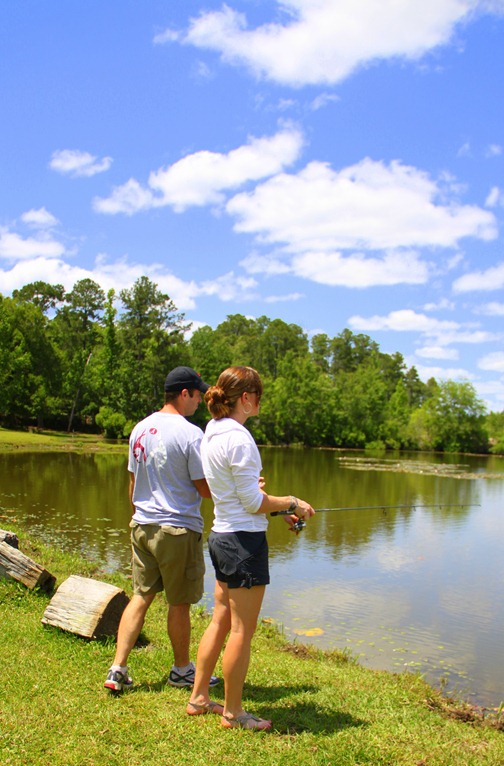 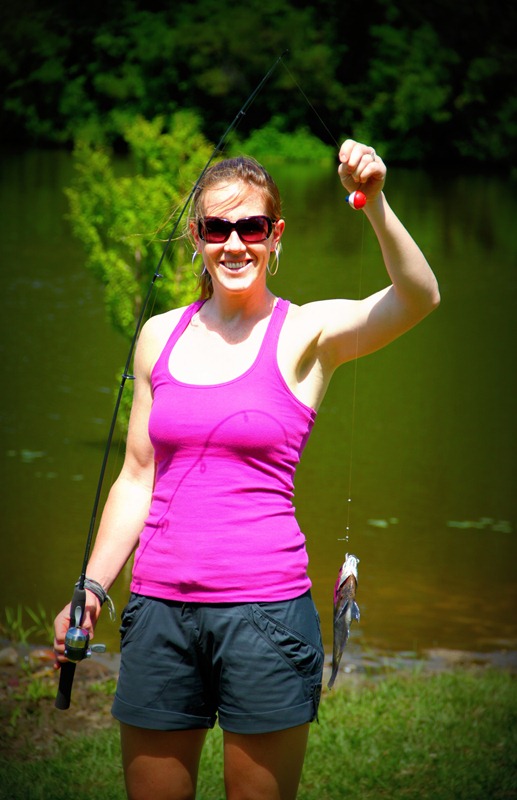 She was better off sticking with the rod and reel. Even for a trainer like herself, the bow was too much. However, I’ll give it to her that she tried. It’s more than I would ever do. 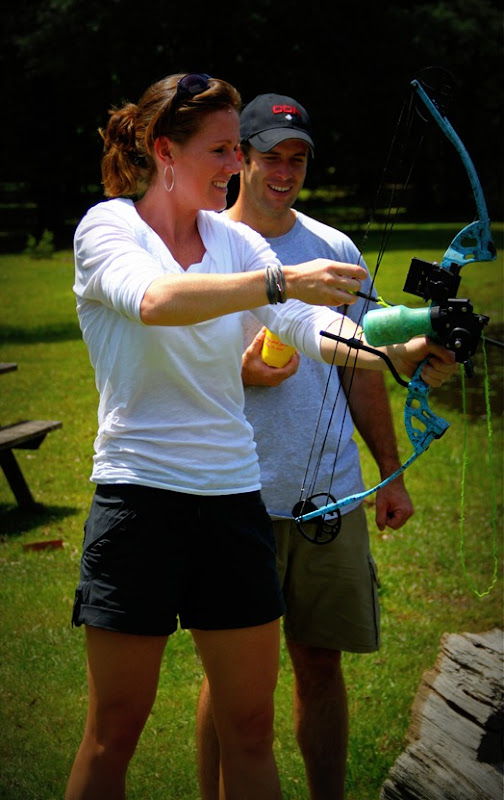 Sterling and Sara joined us as well, and we were so grateful for their amazing coleslaw and baked beans that they contributed for supper. It’s never a good thing to get two teachers together because that’s what we’re destined to talk about. Teaching takes over your life, and sometimes it’s hard to think about anything else other than that…..even when you try.

P.S. We’re super excited about their new baby girl, Penelope, that will be making her official appearance into this world sometime in August! Congrats! 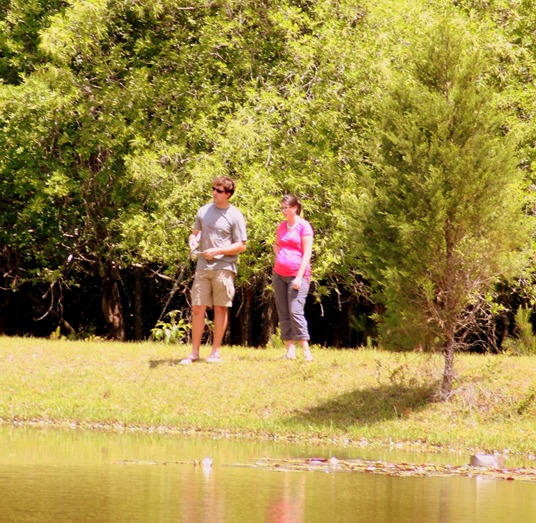 And, what’s a little fishing without the in-laws? They stopped by and threw a few casts as well. You seriously could not ask for better in-laws. I’m not sure how to relate to people who have the dreaded in-law relationship because I’ve been so blessed. 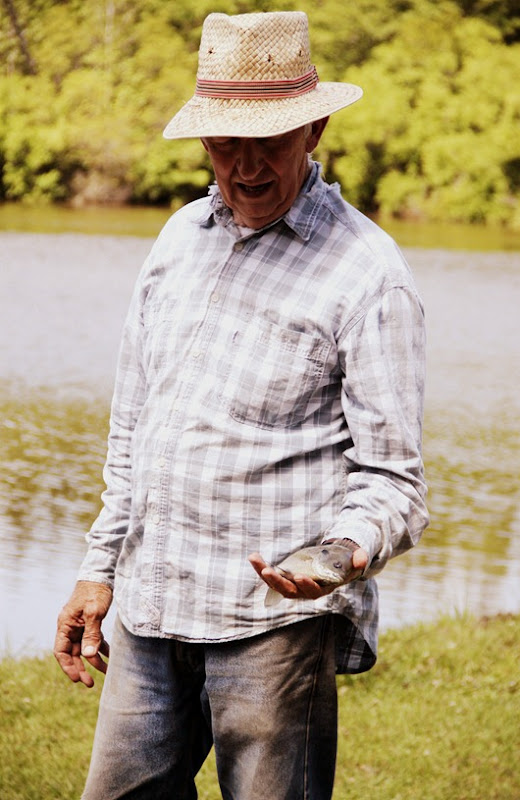 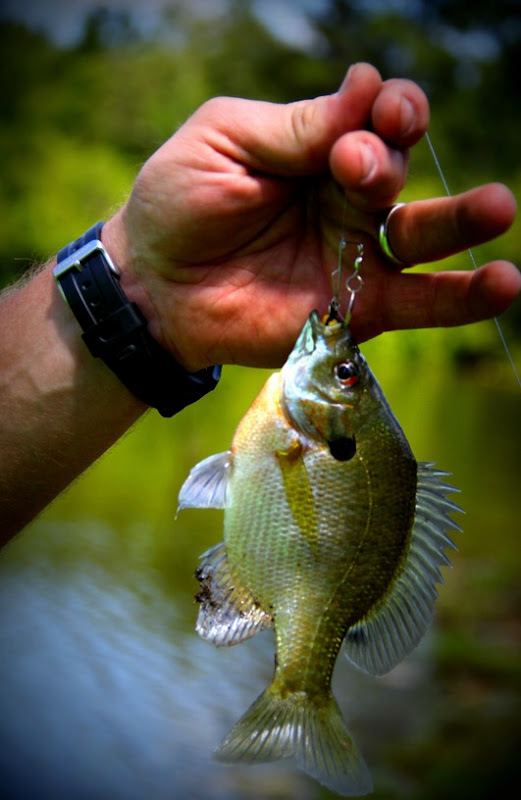 After a fabulous meal that everyone contributed to, we packed up and headed home. You can’t leave the farm though without a formal goodbye from the cows. 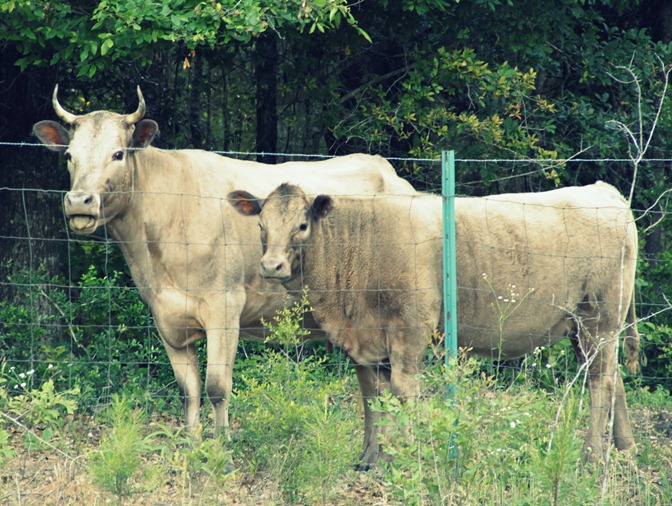 I hope that I’ll be able to spend several more evenings out at the farm during my summer off.

No phone. No internet. Just you and the Lord. And sunshine.

It’s the best way to relax!

Posted by Brenna Langham at 7:44 PM